How (Not) To Guest Well

Over the last year, our family has become friends with a refugee family from Russia (they are ethnically Central Asian, but lived in Moscow 10+ years and recently were resettled in Atlanta). Knowing that New Year’s is a huge Russian holiday, I called Alisher, “We wanted to come over today to congratulate you on the holiday.” Since my mom was visiting, we left our three kids at home with her so we could have adult conversation (you parents of young kids know what I mean!). Once we arrived, I realized we misread the entire situation as guests.

Upon our arrival, Alisher mentioned three times how great children are, how much they wanted to meet “the grandmother”, and that it was a mistake that we left them at home. It was New Year’s and they were expecting our whole family, including my mom. Before we came, when I called my friend, I made of point of saying we’d only stay for an hour; don’t bother with a meal, we only wanted tea. But that didn’t matter; they prepared a feast for all of us.  Then at the end of the meal, they handed us New Year’s presents for our kids (yes, the kids we didn’t bring) and sent us home with all the extra food.

The entire meal, we felt rather ashamed for being poor guests. We knew we robbed Alisher’s family the honor of being a generous host, and it was offensive. Our conversation was enjoyable as usual, but that reality certainly lingered. We usually get it right, but not that time. I felt rather foolish, especially considering that a main point in my honor-shame workshops is “Guest Well.” Below are my notes that explain why guesting well is an important part of ministry among HS cultures. 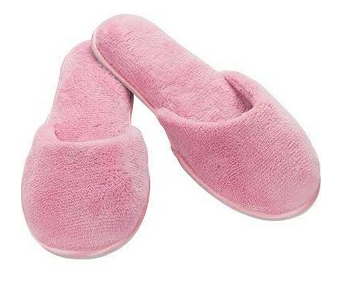 An Anglo-American pastor was teaching about humility from Philippians 2:1-5 one Sunday morning. To illustrate how we must “look to the interest of others, and not just our selves,” he recounted a personal story of visiting a house fellowship of Japanese-American Christians. The group of younger Japanese-Americans invited him to teach the Bible study. When he entered the house and removed his shoes, the only pair of slippers remaining in the entry way were pink ladies’ slippers. When the young host saw the problem, he immediately offered his own shoes to the guest. But the pastor, “out of consideration for their interests” humbly refused to accept the host’s slippers and wore the pink slippers the entire evening. Despite his motives, I suspect he did the exact opposite of what he intended.

How Guesting Works in Relationships

One of the greatest sources of shame people face is not hosting well. I’m guessing the Japanese-American hosts felt embarrassment and shame anxiety that evening as their older, honored guest wore small pink slippers. The pastor undoubtedly had the right intentions, but actually created shame by not allowing them to be good hosts. It may seem counterintuitive, but receiving honor is an important way to honor people. Westerners have reservations about receiving special treatment. But insisting upon Western expressions of humility (i.e., not taking anything or showing any need) prevents hosts from fulfilling their obligations. When hosts are unable to provide for guests, they sense shame. Not receiving their hospitality indicates the host has nothing of value to offer you and suggests they are socially inferior. Receiving honor from others indicates they possess an honor to grant.

Being a good guest does not mean demanding and hoarding honor, but facilitating the flow of honor is all directions. This means thankfully receiving the host’s honor. Express gratefulness; lavish thanks upon them for their generosity and hospitality. Say it many times (until you feel annoying). The goal is mutual honor in the relationship. Also, bring a hostess gift (or something for the table).

Back to my New Year’s incident—yes, we felt rather embarrassed and Alisher was disappointed that we stymied his plans to generously host us. But another facet of honor/shame cultures saves us—reciprocity and social debt. We are now obligated, in a good way, to host them or help them…and that keeps the relationship going.