The Data on Global Culture Types

In the last three months, over 1,200 people have taken The Culture Test. Here is a summary of the data.

The following bar graph breaks down the results by global regions. 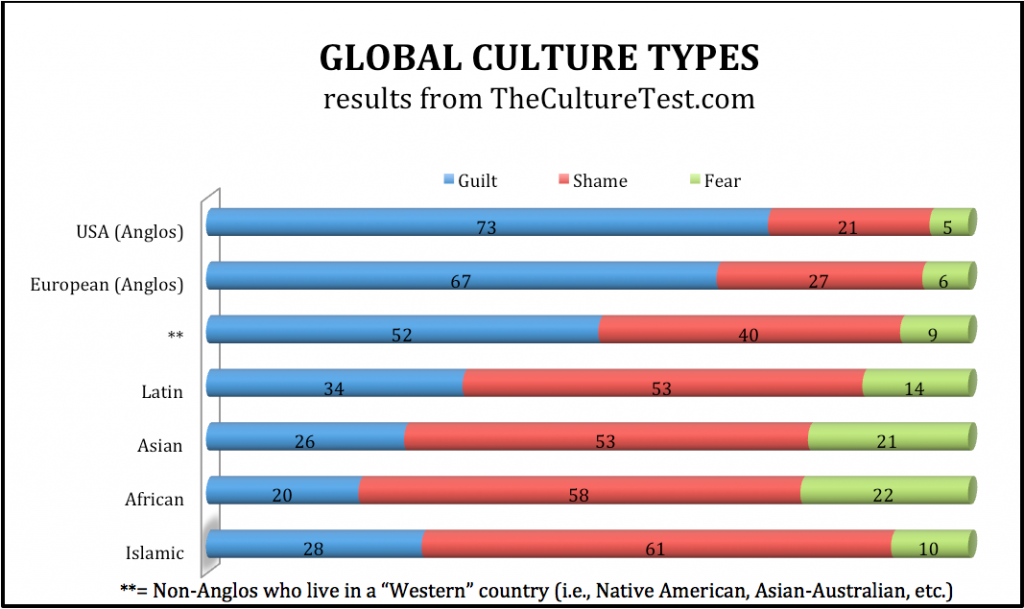 But that is not the entire story. To understand the predominance of honor/shame cultures globally, we must account for the population size. The length of each bar in the below graph reflects the population of that region. 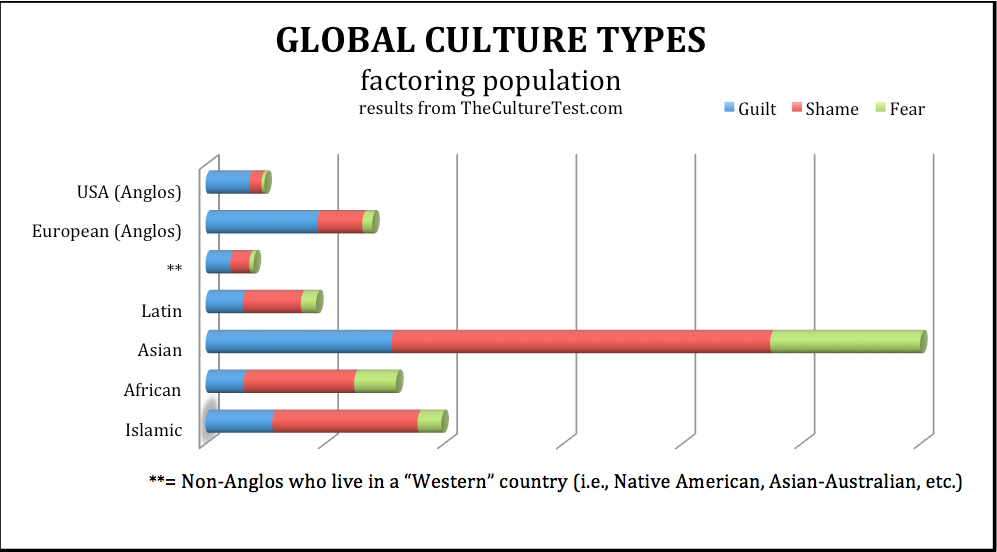 17 Comments on “The Data on Global Culture Types”