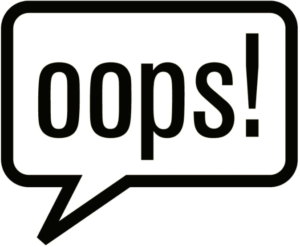 “Hey Rafshan! This is my friend Rustam, whom I met yesterday at the university. He’s the director of the foreign language department.” Seems like polite way to introduce two people to each other. Right? Well, it all depends on culture. In American culture, everyone is my friend (even someone I just met) and we call each other by our first names. After all, we’re all equal right? Not so in honor-shame cultures. In Asia, I refer to certain people as an acquaintance, older brother, uncle or even grandfather, but rarely “friend.” On a few occasions I’ve had to refer to some people just a month older than myself as older brother, though it seemed a bit awkward. But, using these terms is vital because it clearly defines everyone’s social status and actually allows for warmer feelings.

My eighth grade teacher once chided me, “Look at me when I’m talking to you.” Years later I learned in Toastmasters that effective communicators always maintain good eye contact. If someone is avoiding eye contact, we think they either lack self-confidence or they’re hiding something. But, maintaining good eye contact in many honor-shame cultures might not be interpreted as good. Employees speaking to their boss often look down to show proper respect. Looking at your superior in the eyes may come across as defiance in some cultures. Also, looking at someone of the opposite gender in the eyes might communicate sexual interest.

What could be more polite than offering a visitor who has come in from the baking sun if he’d like a nice cool drink? But, if you do this in an honor-shame culture you might get a very confusing response. As sweat pours from the forehead of your overheated guest, he might fidget at the question and answer, “Oh no, no, no. Thank you.” What happened? In honor-shame cultures, hospitality is very important. When someone drops by for a visit you don’t need to ask if he is thirsty (or hungry). Just go to the kitchen and come back with some tea and cookies. Then tell your guest, “Here, drink some tea and have a few cookies.” Asking can imply that you’re annoyed he has come for a visit and you’re hoping he’ll leave soon. And, your guest might feel embarrassed for disturbing you.

“It’s better to give than receive.” “Never look a gift horse in the mouth.” About ten years ago, my guitar fell over and the neck broke. A good friend, being a fellow guitarist with some extra income, went to the music shop and bought me a brand new acoustic six-string. I was so thankful because I really didn’t have the money to buy a new guitar at the time. In Western culture we often give gifts with no strings attached (well this gift had strings attached, because it was a guitar). However in honor-shame cultures, gifts are part of a high context dance. Gifts are remembered and reciprocated with equal or greater value. If someone gives you a rug for a wedding gift, it often comes with the expectation that when you attend a wedding for someone from that family you will give them a rug or something better. However, if you give someone a gift that is so expensive that they can’t reciprocate it might create a sense of shame or overwhelming social debt, instead of gratitude.

So, your friend Hieu asked you to meet up for lunch at his favorite local restaurant to talk with you about American universities. Hieu is a young university student hoping to study abroad. After a nice meal and conversation together, Hieu asks the waiter to bring the bill. When the waiter returns, you grab the bill and say to Hieu, “Hey let me get this.” The bill wasn’t much for you, but would have been a lot for Hieu to cover on his tight budget. And besides, he’s trying to save money to study in the States. What a nice guy you are! Right? Unfortunately by covering the bill, you just dumped a truckload of shame on Hieu. Remember, he’s the one that called you, invited you to his favorite restaurant, and wanted some help from you. Treating you to a nice meal was his way of reciprocating the “help” you gave him. Now he has lost face and feels embarrassed to even talk with you.

Conclusion Without understanding your hearer’s interpretive grid of honor and shame, you can communicate the precise opposite of what you mean to say.