“We have to reckon with three different types of reactions to transgressions of religiously sanctioned codes: fear, shame, and guilt.” (Eugene Nida, Customs and Cultures [1954], p. 150) 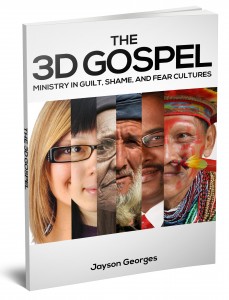 These three types of culture are like group personalities defining how people view the world. Just as individual people have a person-ality, cultural groups share a group-ality. Groupality refers an “organized pattern of behavioral characteristics of a group.” A person’s cultural type shapes their worldview, ethics, identity, and notion of salvation, even more than their individual personality does. So wouldn’t knowing the culture type of your host context be important for relationships and ministry?

“But the XYZ culture I live in is both shame and fear!?!”
Although guilt, shame, and fear are three distinct cultural outlooks, no culture can be completely characterized by only one. These three dynamics interplay and overlap in all societies. For example, Central Asian cultures integrate shame and fear dynamics. Even individuals or groups within a culture can vary. A rural Thai might be more fear-based than an urbanite in Bangkok. Young adults in America valuing authenticity and connection are becoming more shame-based. A more accurate model of culture measures the influence of each dynamic upon a group, like a triangle with each corner representing guilt, shame, or fear. A group’s cultural orientation, reflected by the position in the triangle, depends on how strongly each dynamic pulls upon the group. 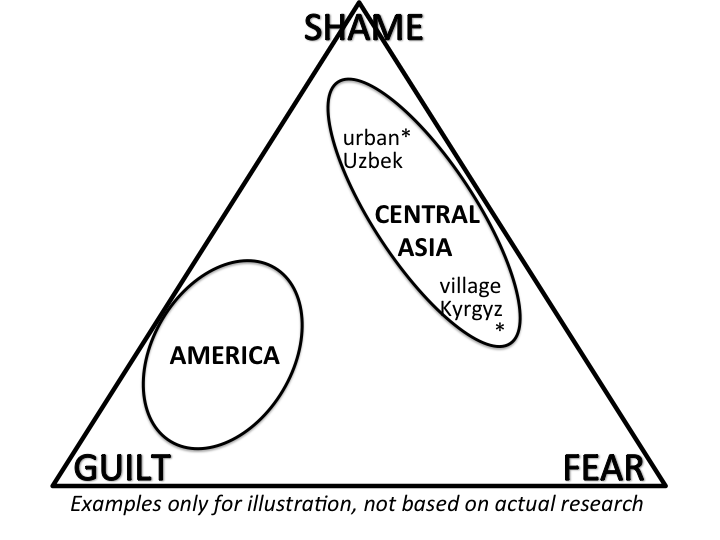 Each cultural worldview is a unique blend of guilt, shame, and fear. Like all cultural paradigms, the guilt-shame-fear trichotomy just simplifies complexities into basic categories to help us interpret world cultures. To learn the culture type of your group, take TheCultureTest.com – a FREE 5-minute survey.

Learn how the gospel speaks to all cultures! Order the concise book The 3D Gospel: Ministry in Guilt, Shame, and Fear Cultures on Amazon (for just $8.99 paperback, $3.99 Kindle).