The media buzzed this week when LeBron James broke royal protocol—he touched the Royal Duchess Kate of Cambridge. The incident is a classic clash of honor codes. 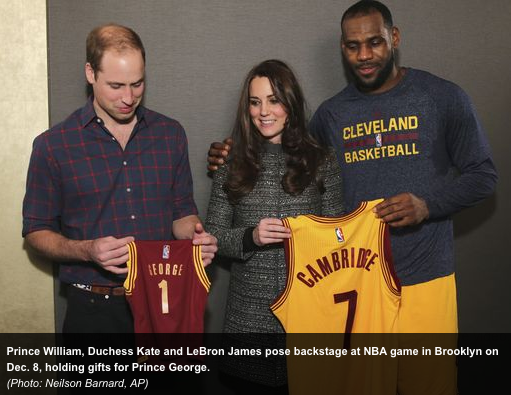 The USA Today reported: At the NBA game Monday night in Brooklyn, James either forgot, ignored or was never told about a top rule of meeting with royals: Don’t touch them. But he did. Horrors. During their grip-and-grin picture op at the game, James wrapped his arm around Kate’s back, producing a surprised reaction judging from the pictures and the video. Which of course the British media rushed to put online.

So what was all the fuss about? To properly understand the incident, it is helpful to know about two kinds of honor—ascribed and achieved. This subtle distinction provides the “grammar” structuring the photo’s social meaning.

Honor you receive by virtue of family or origin is ascribed. Such honor is passively received, or inherited, from one’s family or group. Royal families exemplify ascribed honor par excellence. Their royalty is inherited at birth. Yes, Prince William and Duchess Kate are intelligent and affable people. But that merely makes them likable as royalty; their royal status has nothing to do with personal accomplishments or character. Their honor is entirely ascribed. Though it hardly compares, the closest American equivalent is children of the Bush and Clinton “dynasties.”

Honor you earn through own activities and accomplishments is “achieved.” This honor is actively earned based on individual performance. In the world of sports, you are only as good as your last game. Start the season 1-3, and you’re a goat. But win 8 straight, and people think differently of you—as LeBron has recently experienced. For athletes, physical ability determines your paycheck, and how other people accept them. Their honor is earned and achieved through their own efforts.

The honor most people enjoy is typically a combination of both ascribed and achieved honor. But Prince George and Lebron James represent the extremes of both types of honor—one is entirely ascribed, the other almost entirely achieved. I find Prince George and LeBron James to be a fascinating study of contrasts in many ways—physically, politically, socially, ethnically, and so on. However they each possess an honored status, albeit on entirely different grounds. One honor is rooted in ancient castles where bloodline is paramount, the other on the basketball courts where screaming crowds applaud slam dunks. During a photo-op, ascribed honor and achieved honor touched. They touched each other, and they touched the nerve of unwritten social decencies.

And the most curious part of the whole incident? LeBron’s nickname—King James. 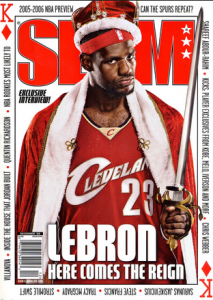