Exodus: The Story Behind the Movie 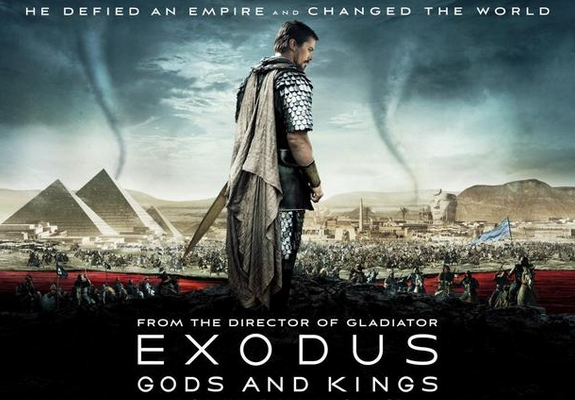 The story of the exodus often gets reduced down to something akin to “Don’t disobey God like Pharaoh did!” (for kids) or “Jesus is our Passover lamb!” (for adults). Both are true, but lack the event’s full biblical depth and significance. It’s like saying weddings are special because people eat cake and get new rings–while not technically false, it misses the bigger purpose.

The Bible itself includes a rich tradition of interpreting the purpose and meaning of the Exodus. The exodus was for Israel’s theology in the Old Testament what flour is to bread—absolutely essential. The “exodus motif” shoots through the NT as well. What is the biblical significance of the Israel’s exodus from Egypt to Sinai?

Israel’s bondage in Egypt was a lowpoint for the nation. As subjugated slaves, they were humiliated with impossible work loads and disgraced by the murder of their male children. Israel was a lowly orphaned nation, rejected and despised, while in Egypt. Ezekiel 16 is one passage that uses the cultural grammar of honor and shame to explain the theological significance of the exodus.

Israel was destined to disgrace, a reject from birth. But God draws near to save them from shame and grant them a new honor. Note the various metaphors and symbols of honor God uses to explain Israel’s election and exodus from Egypt.

I pledged myself to you and entered into a covenant with you, says the Lord GOD, and you became mine. Then I bathed you in water and washed off the blood from you, and anointed you with oil. I clothed you with embroidered cloth and with sandals of fine leather; I bound you in fine linen and covered you with rich fabric. I adorned you with ornaments: I put bracelets on your arms, a chain on your neck, a ring on your nose, earrings in your ears, and a beautiful crown upon your head. You were adorned with gold and silver, while your clothing was of fine linen, rich fabric, and embroidered cloth. You had choice flour and honey and oil for food. You grew exceedingly beautiful, fit to be a queen. Your fame spread among the nations on account of your beauty, for it was perfect because of my splendor that I bestowed on you, says the Lord God. (Ez 16:8b-14)

What did the exodus effectively accomplish? What was its salvific purpose? In a word (or two)—honor and status. God bestowed his own splendor and majesty upon Israel. The newly formed covenantal relationship with the Creator YHWH ascribed and imputed honor on the young nation. “The Lord your God has chosen you out of all the peoples on earth to be his people, his treasured possession” (Deut 7:6).  The Lord set Israel “in praise and in fame and in honor high above all nations that he has made” (Deut 26:19).

In the Bible, the exodus (which encompasses the plagues, the escape, and the covenant) reveals the biblical salvific pattern of status reversal par excellence; God saves his people from shame to honor.

Now that’s a story we don’t hear too often, but it deserves two thumbs up!