Guest Ron Mudge (Ph.D., Concordia Seminary) has served as a missionary to Ivory Coast and Togo, West Africa (1996-2006), and is presently the Rouse Associate Professor of Pre-Seminary Studies at Concordia University Wisconsin. Here is a summary of his article, “Yahweh’s Counter-Cultural View of Honor and Shame.” 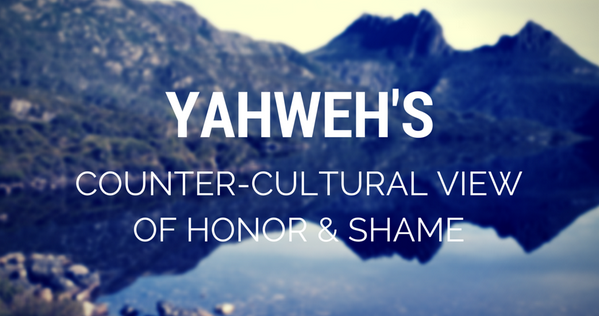 Members of honor-shame cultures have a strong tendency to seek wealth and power as means of attaining honor. They do this while following the standards for behavior that have been established by their culture and are enforced by their own social group (usually their extended family, although they are also deeply concerned with how more distant social groups view them). They often see false gods, spirits, and magic as means to achieve honor. The True God is either thought of as distant or as supporting the status quo. Practically speaking, what people in the social group think of an individual is the key factor in the individual’s view of self.

Both in the Old Testament and in honor-shame cultures today, God intends to play the role often played by the social group and to form a new social group that revolves around Him. Yahweh initiates relationships with human beings where He is, in the idiom of many honor-shame cultures, the patron or big man. God takes care of us, and we belong to him. He takes care of us in a way that is profoundly counter-cultural to honor-shame cultures. He makes His relationship with us more important than His own honor in the eyes of those who don’t follow Him. We see this when Yahweh allows Himself to be shamed in the eyes of the nations because Jerusalem has fallen (Ezek 36:20). He even promises a Savior who will be shamed for His people (Isa 50:6).

When the honor-shame system revolves around Yahweh, He decides what results in honor and shame and His followers encourage each other to stay on His path. Yahweh states clearly that it is impossible to have honor before Him without following Him and honoring Him (1Sam 2:30). Furthermore, those who trust idols will be shamed (Psa 97:7) and those who oppress the poor insult Yahweh (Prov 14:31). These offenses matter because failure to follow Yahweh’s rules results in punishment and shame (Ezek 5:7-8; Ezr 9:7). In Yahweh’s system of status, He often blesses His people with a certain amount of power and wealth (Prov 22:4; 1 Chr 29:12)—and thus honor before other people—that should be used to serve Him. It is possible, however, that Yahweh will call on His people to bear shame before others for His sake (Psa 42:3; Acts 5:40-41).

The highest status for people lies in receiving the honor that Yahweh gives them because they are His (Psa 22:6; Psa 91:14-15). Yahweh’s people find hope in the fact that He saves those who are weak and have been dishonored and gives them honor (Zeph 3:19). Yahweh Himself deserves honor because He is powerful and wealthy but—even more importantly—because He is faithful to His people even to the point of sending His Son to bear their sin and shame (Heb 12:2) and to give them honor as a gift.