The Problem with Bible Translations: Your Culture 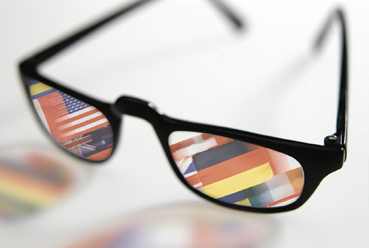 Anyone who reads the Bible today faces an unavoidable fact—Scripture was originally written in and for a culture different than our own culture. This makes the Bible difficult to understand.

Consider the meaning of these words: He whistled at her, and she winked back. This sentence probably brought to mind an image of two people flirting. Your mind intuitively used cultural assumptions to interpret the facial gestures as innuendos. But depending on your cultural context, winking could mean something entirely different: in Asia, it is an offensive gesture; in West Africa, parents wink at children as a signal for them to leave the room. Interpretation is based on cultural assumptions, so we must recognize that the cultural gap between the biblical world and us may cause different interpretations. 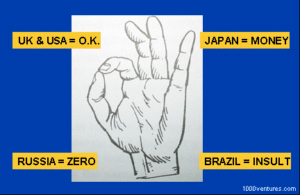 You’ve heard this statistic: 90 percent of communication is non-verbal. This suggests that most meaning is implicit. Every writer assumes the reader can “read between the lines,” so there is no need to state the obvious. As the example about winking illustrates, the sender and receiver of a message must share common cultural assumptions for communication to be effective. But when people from two different cultures try to communicate, meaning gets lost in translation. This explains why readers today might misinterpret aspects of the Bible—we don’t share a common culture.

Biblical writers assumed their readers understood the implicit social values of honor-shame cultures, such as: patronage, hospitality, purity, ethnicity, family, reciprocity, etc. But modern readers don’t intuitively know the assumed cultural nuances of ancient societies. So we misunderstand (or simply miss) aspects of the Bible because of cultural blindness. This problem is acute for Westerners because their guilt-innocence culture differs significantly from biblical cultures. Modern Western values such as legality, individualism, egalitarianism, and rationalism influence how we read the Bible, but they were not prominent in ancient cultures. (Christians in the Majority World do live in honor-shame cultures that are similar to biblical cultures. But, unfortunately, the traditions of Western Christianity unduly influence their theology.)

Example: The Meaning of “Faith”

Cultural assumptions even affect the meaning of individual words. For example, the English word “faith” refers to someone’s personal belief about something. This meaning reflects the rationalistic and individualistic values of Western culture. However, the biblical notion of “faith” reflects relational and collectivistic cultural values. In the Old Testament, an Israelite’s “faith” is a commitment to their covenant obligation to honor Yahweh. Likewise, the New Testament word translated “faith” (Greek: pistis) suggests loyalty and fidelity to a relationship. Biblical faith is not merely “belief about God,” but “allegiance to God.” Western cultural values give the word “faith” a cognitive, individualistic meaning that distracts readers from the relational connotations of the biblical concept.

The next post will suggest how we might bridge the cultural gap—an Honor-Shame Paraphrase of the Bible.

13 Comments on “The Problem with Bible Translations: Your Culture”