Can You Shame God?

Can you shame God? The biblical answer is yes.

Though this may initially sound sacrilegious, the fact that people shame God pervades scripture and profoundly impacts your relationship with God. People despise and scorn God. In other words, we fail to honor and glorify God. This idea appears throughout the Bible. 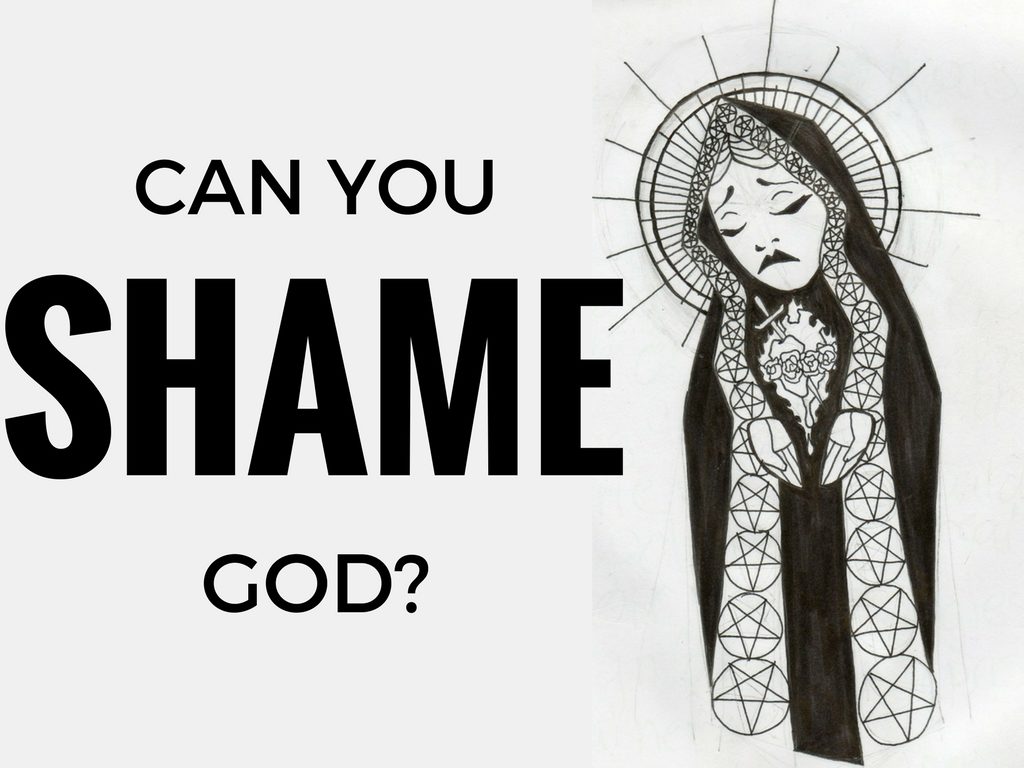 Excursus: The Meaning of “Despise.” The Hebrew word naats means to “show contempt,” (NIV) “spurn,” (NAS) or “reject.” David deSilva explains, “assigning a low value to something or someone, then treating that thing or person according to the standards appropriate for that assigned value, stands behind the term despise” (IVPDOTP, p 435). The word basically means, “to treat with low value.” It is our failure to recognize God as the King worthy of ultimate honor (Mal 1:14; cf. 1 Sam 2:30).

The Ultimate Shaming of God: The Crucifixion

Beyond the explicit verses, the clearest biblical example of shaming God is the death of Jesus in the passion narratives.

The crucifixion is the grand culmination of humans shaming God. Humans deliberately humiliated God incarnate. The apostles interpreted Jesus’ death as a fulfillment of Isaiah’s vision about a servant of God who would bear tremendous shame (Isa 49:7; 50:6-8; 53:2-3)

The powers of Rome purposefully used the cross as an instrument of extreme humiliation and rejection. The shame of the cross also has a theological explanation—our shaming sin caused his death. Jesus died to pay our honor debt and absorb our shame. When we dishonor God and shame others in God’s image to grasp status for ourselves, we participate in part of the crucifixion.

Thomas Watson, a Puritan in 17th century England, aptly said, “We have affronted and disparaged Christ’s blood by unbelief. . . . Sin, when acted to its height, crucifies Christ afresh and puts him to open shame.” Those who sin “are crucifying again the Son of God and are holding him up to contempt.”

Humans can (and do) belittle and despise the glory of God’s name. Sin is sin because it breaks relationship with God and dishonors him. Whenever we worship or value the creation (i.e., idolatry/sin), that steals glory from God. Ultimately, this is not a statement about God’s actual glory, but really an indictment of our shameful/shameless hearts that misattribute honor.

Our failure to honor God does not diminish his actual value and worth (just as our rejection of the Truth does not negate its truthfulness). God is infinitely glorious and honorable, regardless of our actions or behavior. Our sin is the failure to radiate God’s glorious honor as we were designed. In this way, it could be said that we humans, you and I, shame God.

Posts in this series Exposing Shame explore the complexity of biblical shame: