Biblical writers communicated God’s honor for the shamed through stories. Narratives recount how God saves his people from disgrace and displays honor. 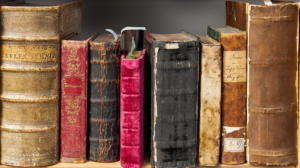 Here is a story set of 30 biblical narratives that address honor and shame. For a more complete list , see “Appendix 2: Biblical Stories Addressing Honor-Shame” in Ministering in Honor-Shame Cultures.

Cain (Gen 4)—After being disregarded by God, Cain’s face falls and status envy prompts him to kill his own brother.

Babel (Gen 11)—Humanity strives to build a name for themselves and exalt themselves to the heavens.

Leah and Rachel (Gen 29-30)—The unloved Leah bears the first four sons of Israel. Then God removes Rachel’s reproach when opening her womb.

Ruth and Naomi (Ruth)—Two widows in a foreign land become the progenitors of Jerusalem’s royal family.

Saul (1 Sam 18)–Saul’s heart fills with envy when David is praised more than him.

Nabal and Abigail (1 Sam 25)—While David angrily marches to revenge Nabal’s foolish insult, Abigail alleviates the tension by honoring David’s and his warrior with a large feast.

Saul’s Burial (1 Sam 31)—When the Philistines publically desecrate the body of king Saul, the citizens of Jabesh-Gilead valiantly reclaim the body to avoid further dishonor.

David’s Servants in Ammon (2 Sam 10)—Instead of accepting David’s convoy as a gesture of honor, the Ammonite king Hanun greatly shames them by cutting their beards and garments.

Uzziah (2 Chron 26)—When prideful king Uzziah enters God’s temple despite the priests’ warning, God removes his honor by afflicting him with leprosy.

Hosea and Gomer (Hosea)—Hosea, as an act of prophetic judgment, marries an unfaithful spouse to symbolize Israel’s disgraceful unfaithfulness to God.

Mary (Luke 1)—The young virgin is greatly favored by God and gives birth to the Son of God, Son of David.

Leper (Luke 5)—Jesus cleanses the debased and rejected leper at his feet with a mere touch, allowing the leper to enter the temple and offer sacrifices.

Widows and Dead Son (Luke 7)—Jesus erases the shame of widowhood and death by raising that widow’s son in Nain.

Bleeding Woman (Luke 8)—Jesus heals and purifies a woman subjected to 12 years of incurable bleeding, and honors her with praise.

Unexpected Invitees (parable, Luke 14)—When the regular folk are too busy to eat, the master invites all the poor, blind, and lame. A picture of the Messianic banquet Jesus was inaugurating.

Prodigal Son (parable, Lk 15)—The two shameful sons find reconciliation and welcome from their father. A picture of Jesus’ radical table fellowship with shamed sinners before the Pharisees.

Controversies with Leaders (Luke 20)—In a series of public spats the Jewish leaders attempt to discredit Jesus, but his ripostes silence their challenges and garner more fame from the crowds

Jesus’ Foot Washing (John 13)—Aware of his authority before God, Jesus assumes the role of servant and washes his followers dirty feet as a symbol of self-debasing love.

4 Comments on “Set of 30 Bible Stories about Honor & Shame”