In 2010, three cultural psychologists published an article titled “The Weirdest People in the World?” The authors explain that most psychological research in conducted on a small, unrepresentative subset of human population—W.E.I.R.D people. 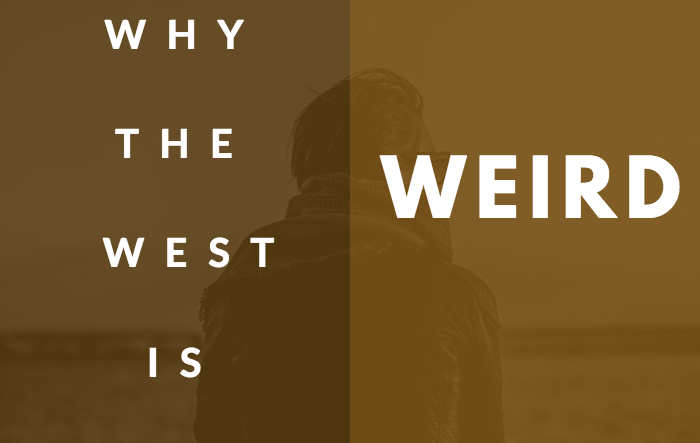 The article shows how behavioral scientists have published claims about human psychology and behavior, but their samples are drawn mostly from WEIRD people, whom researchers assume represent of all human populations. This subpopulation hardly represents humanity; they are unusual—frequent global outliers. So, we should not project social truth about WEIRD people upon all people in all cultures.

This fascinating article is long and technical, but has definite implications for global theology and cross-cultural ministry. Here is the main take away—WEIRD people are…weird, because they are both numerically rare and culturally different. Follow along to trace the implications.

People from WEIRD societies are “among the least representative populations one could find for generalizing about humans.” In the maps below, you notice that WEIRDness (education, industrialization, wealth, and democracy) is limited to North America, Western Europe, and the Aussies/Kiwis down under. 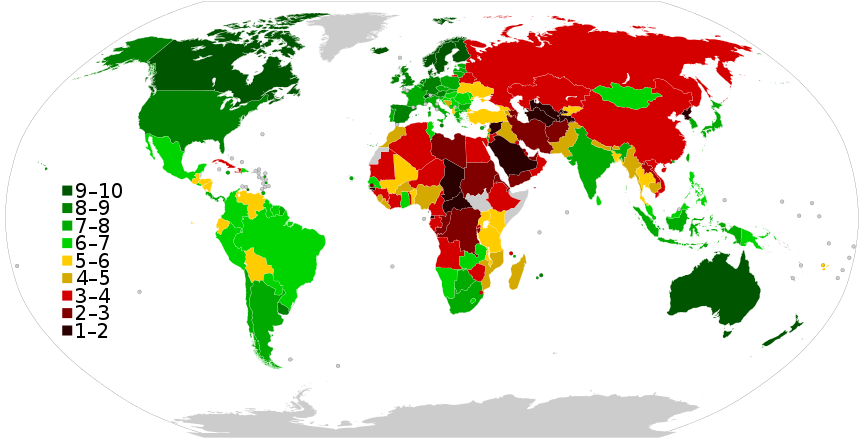 These maps show that high levels of education, wealth, and democracy is concentrated in a few places on the globe—mostly “Western” countries. You also notice the four maps above correspond to guilt-innocence cultures, displayed in blue in the map below. 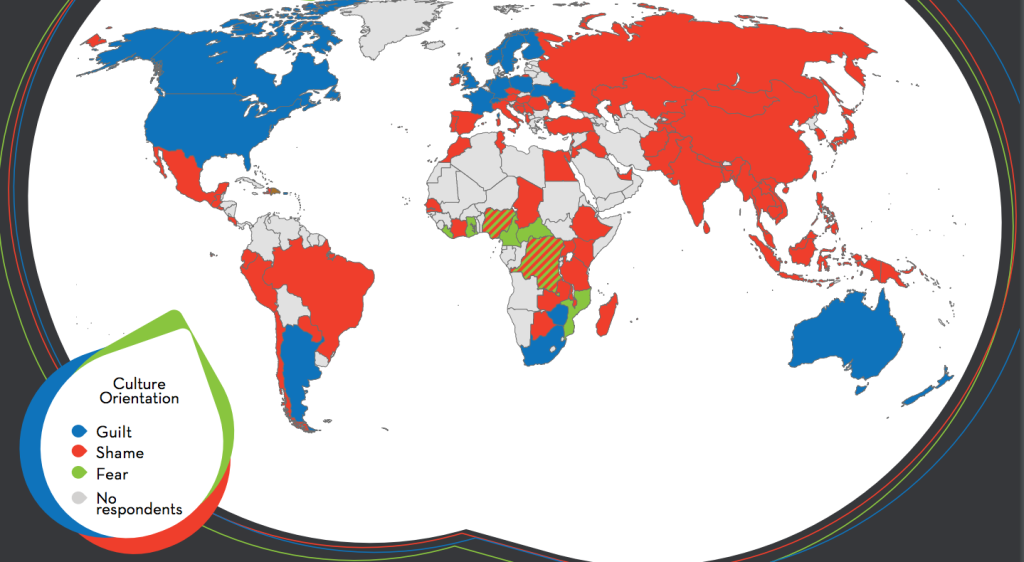 This shows that guilt-innocence cultures are WEIRD (i.e., Western, Educated, Industrialized, Rich, and Democratic) and weird (by virtue of being globally rare).

WEIRD people think and behave differently. Their cognitive and moral processes are rather peculiar. They hardly represent standard human thinking or behavior. WEIRD subcultures “may often be the worst populations from which to make generalizations” (p. 79). Empirical data from diverse disciplines indicates the WEIRD “sub-population is highly unusual along many important psychological and behavioral dimensions” (79). Basically, they don’t represent the typical human being.

Here is why WEIRD people are weird—they are independent, autonomous, and analytical. Jonathon Haidt, in The Righteous Mind, offers this generalization: The WEIRDer you are, the more you see a world full of separate objects, rather than relationships (p 96).

Consequently WEIRD philosophers have “mostly generated moral systems that are individualistic, rule-based, and universalist. That’s the morality you need to govern a society of autonomous individuals” (p 97). Since WEIRD and non-WEIRD people perceive and interpret the world differently, it makes sense they have different moral orientations. WEIRD morality is based on individual rights and fairness; non-WEIRD morality is more socio-centric and community-based, focusing on people’s obligation to play assigned roles in a group. In short, the moral reasoning of WEIRD people is rather peculiar in a global context.

This critique of the behavioral sciences—generalizing aspects of a one subculture to all of humanity—is also true of Christian theology. Both fields over-confidently universalize their own experience.

The authors of “The Weirdest People in the World?” conclude with several suggestions that apply to global theology and missiology.

To summarize, if you are Western, then recognize that your culture, your theology, and your gospel are…WEIRD.

10 Comments on “Guilt-Innocence Cultures are WEIRD”