Andrew Bartlett, QC of Crown Office Chambers, London, is a highly-rated international arbitrator, and also a Deputy High Court Judge in England and Judge of the Upper Tribunal. He has a BA in Theology (University of Gloucestershire) and has served as an elder or churchwarden in various churches. This post is excerpted from his new book Men and Women in Christ: Fresh Light from the Biblical Texts (IVP, 2019). 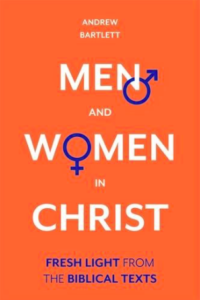 The paying of honour to the wife in I Peter 3:7 is not a concession to her relative physical weakness but a recognition of her high status.

Honour was a concept of central social importance in the Mediterranean societies in which Peter lived and ministered. This is not the case in Western societies today, so it is easy for us to miss the force of what Peter writes about it. A person could gain great honour by being adopted into a high-status family. For example, Octavian’s honour status rose enormously when it became known that Julius Caesar had adopted him as his son and named him as his heir. Octavian subsequently became the Emperor Augustus, and as Caesar’s son styled himself ‘son of god’. There was no higher honour status than this in Gentile society. To be born into or adopted into the true God’s family, and named as an heir of the true God, was even greater than this: it was the highest honour status imaginable. This is the Christian believer’s position (see, 1:4 ‘inheritance’; 1:23 ‘born anew’; 2:9 ‘a people belonging to God’; cf. deSilva, Honor, Patronage, Kinship and Purity, 23–29).

In most English versions the connection of 3:7 with 2:17 is not apparent: one would not appreciate from those versions that Peter says ‘honour [timaō] everyone, honour [timaō] the emperor’ and then ‘men, render honour [timē] to your wives’. But this would have been clear to Peter’s first readers, who should not have misunderstood 3:1–7 as affirming that men have a God-given status of being lords over their wives. He has told wives to submit to their husbands. ‘In the same way’ husbands are to pay honour to their wives.

Thus in 3:7 Peter is instructing husbands to show their submissive conduct, like that of wives (3:1), of Christ (2:21), of household slaves (2:18) and of all believers (2:13). They are to do this by honouring their wives in view of their shared highest possible status as God’s heirs in God’s family. This speaks of equality between husband and wife as fellow Christians, and a voluntary giving of honour by husband to wife.