Is “Redskins” a Racial Slur, or Honor? 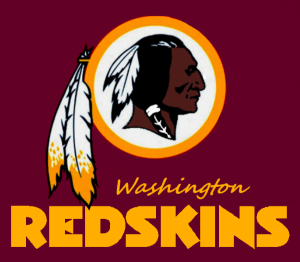 The NFL team in America’s capital is called the Washington “Redskins.” Is that a racial slur against Native Americans? Recent conversations in this heated debate revolve largely around the moral ideal of honor. Here’s the story.

Native American leaders have argued the “R-word” is a racial slur. Even President Obama and dozens of U.S. Senators have publicly called for a name change. But the team’s owner and the NFL commissioner have so far refused, as the Redskins brand is worth millions and millions of dollars (see 2-minute video here).

Last week, a national poll from the Washington Post found 9 out of 10 Native Americans are not offended by the Washington Redskins name. Amidst the flurry of ensuing public comments—the topic of honor is a common motif. Here are some quotes.

“Redskins” Does Not Honor 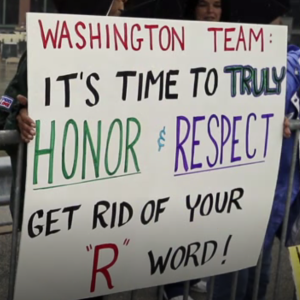 “The name has never been consciously an ‘honor’ for actual Native people.”

“The patronizing non-Native response continues centuries of colonial paternalism in which non-Natives apparently know what’s best for us.”

“It’s time we find a true mascot that uplifts…”

“To me it is personally offensive to see non-Natives making a mockery of our cultural items — feathers are sacred gifts that we have a lot of respect and honor towards.”

The team owner Daniel Snyder claims the very opposite. “The Washington Redskins team, our fans and community have always believed our name represents honor, respect and pride.”

“It is a nickname for a fierce warrior. I don’t see how that’s offensive. Redskin denotes someone as formidable, to be respected and even feared.”

“People no longer associate it with a derogatory word but rather the football team. So in a sense, the Washington Redskins has helped rebrand an offensive term and fight racism.”

Does “Redskins” dishonor or honor Native Americans? How does the notion of “honor” help resolve a public debate with various stakeholders? Here are three things to consider.

Your comments on the matter? As always, keep them constructive…and honoring.

2 comments on “Is “Redskins” a Racial Slur, or Honor?”