Honor in the Old Testament

“How heavy are you?” In Western contexts, this question can be offensive. But in honor-shame cultures, the very question can be a gesture of respect because their mindset often assumes “weight=honor.” 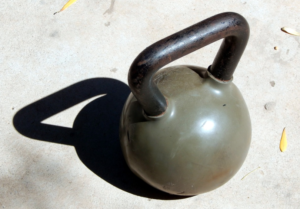 Here are a few examples from Central Asia. The slang word for a man’s gut is “authority.” The word for skinny is “sick,” and the word for healthy is “fat.” The word for a respected authority is “big.” The logic is rather simple: Anyone who eats enough to gain excess weight must be an important person because they control resources. Heaviness implies importance.

This “weight=honor” mindset sheds light on the OT concept of honor. The primary Hebrew word for honor is kvd. The word is central to Old Testament culture and theology; the verb kvd occurs 173x and the noun kavod occurs 200x. The main meaning is “weight,” which then carries a metaphorical sense of weightiness, importance, and honor. Here are some ways the word is used.

The Greek OT (Septuagint/LXX) often translates kvd as doxa. However, that does not mean the two words/concepts are the same. Kvd can mean heavy or weighty, and doxa can mean radiant light, but those are unique meanings for each word. However, the words do overlap significantly; they both abstractly denote a person’s glory and honor.

2 Comments on “Honor in the Old Testament”