Crucifixion as Exaltation in Mark

When was Jesus exalted and gloried?

In the Gospel of John, Jesus is gloried at the cross. The fourth gospel plays off the double meaning of “lifted up” (3:14; 8:28; 12:31-34; 13:18). When the Romans lift up the crucified Jesus as a public spectacle, that was his very moment of exaltation. The enemies of Jesus intended to disgrace Jesus; but in fact, at that moment, God enthroned him as king, the one who rules and judges (12:31-34). However, this theme is not unique to John. 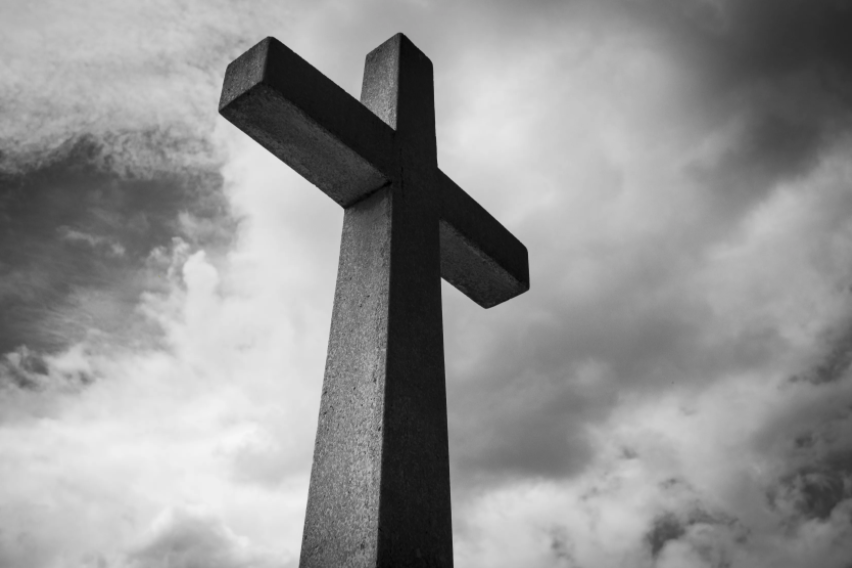 The gospel of Mark portrays Jesus’ crucifixion as a Roman triumphal procession. The article by T. E. Schmidt, “Mark 15.16-32: The Crucifixion Narrative and the Roman Triumphal Procession” (NTS 41, 1995, pp. 1-18), argues that Mark’s passion narrative evokes the famous victory parades of Roman emperors. These public processions honored the emperor as he returned from a great military victory. By portraying Jesus’ death as an ‘anti-triumph,’ Mark transforms the scandal of the cross into the moment of Jesus’ exaltation. In other words, Jesus was glorified at his death, not just his resurrection.

Below is Schmidt’s summary of the Roman triumphus parade. The parallels with Mark’s passion narrative (added in parentheses) are uncanny.

The Praetorians gather early in the morning to proclaim the triumphator (cf. Mark 15:16, soldiers gather at Praetorium). He is dressed in the triumphal garb, and a crown of laurel is placed on his head (v. 17, purple robe and crown). The soldiers then shout in acclamation of his Lordship and perform acts of homage to him (vv. 18-19, mocking reverence). They accompany him from the camp through the streets of the city (v. 20, going through Jerusalem). The sacrificial victim is there in the procession, and alongside walks the official carrying the implement of his coming death (v. 21, Simon of Cyrene). The procession ascends finally to the Place of the Death’s Head, where the sacrifice is to take place (v. 22, Golgotha). The triumphator is offered the ceremonial wine. He does not drink it, but it is poured out on the altar at the moment of sacrifice (v. 23, Jesus refuses wine). Then, at the moment of being lifted up before the people, at the moment of the sacrifice, again the triumphator is acclaimed as Lord (v. 26, the placard ‘King of the Jews’), and his vice-regents appear with him in confirmation of his glory (v. 27, two victims on each side). Following the lead of the soldiers, the people together with their leaders and the vice-regents themselves join in the acclamation. The epiphany is confirmed in portents by the gods: ‘Truly this man is the Son of God!’ (v. 39, the soldier’s culminating announcement of Jesus’ divine sonship).

So, then, why does Mark do this? What does he accomplish by portraying Jesus’ crucifixion as a Roman triumphal procession?

Consider the historical circumstances. Mark wrote in Rome in the 60s (according to second-century testimony). His audience, residents of Rome, surely witnessed these political parades and knew the symbolic elements. Thus, they would have “eyes to see” Mark’s evocative portrayal. Moreover, this was a time of Nero’s persecution. The apostles Paul and Peter had recently been crucified, and Mark’s audience (i.e., Jesus followers in Rome) was facing severe persecution. They sought God’s sovereignty in the moment of humiliation. Thus, the passion story is a martyrdom narrative veiled as a victory procession in order to encourage and strengthen believers. Jesus, the Son of God, is declared the true and triumphant Lord at the moment of his sacrifice.

The theological implications are significant. The cross is presented as a royal exaltation, a king’s moment of triumph and glory. Jesus is the king, not merely a sacrificial animal. Specifically, he is not only a king in heaven (as the resurrection and ascension infer) but also a king on earth via the crucifixion.

When combined with John’s theology of “lifted up,” Mark provides insights into the new pathway to glory. Humiliation is (divine) exaltation. Shame is (divine) honor. Disgrace is (divine) favor. Weakness is (divine) strength. God does not exalt Jesus from or after the cross, but in and during his moment of abject disgrace. If we locate Jesus’ exaltation after the cross, we end up with a dysfunctional theology: “I will experience blessings after this difficult season. God, save us from these difficult times.” Rather, Mark teaches that salvation and exaltation occur at the cross. In the new covenant and kingdom inaugurated with Jesus, shame is the very means of honor.