The Cost of (Unequal) Wealth

The facts are in regarding economic inequality. It exists! 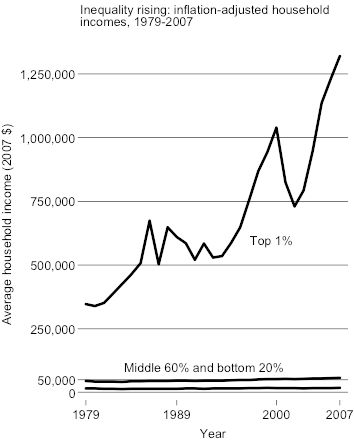 Despite its promises, recent globalization and financial deregulation has disproportionately benefited the rich.  The rising tide only lifted the big boats. While the causes for national and global inequality are complex and hotly debated, the realities of inequalities are apparent and staggering.

What are the results of significant wealth gaps?

According to British social researcher Richard Wilksinson, economic inequality is socially corrosive.  In a TED talk “How Economic Inequality Harms Societies” Wilkinson presents data demonstrating that social health is linked to economic equality, not GDP.  The collective wealth of a country does not ensure a healthy society (i.e., low rates of murder, infant mortality, incarceration, mental health, etc.), so much as the equal distribution of that wealth.  The relationship between economic equality and social well-being is true when comparing developed countries in the world, and the 50 states in America.

So if “Economic inequality –> Social Deterioration”, what is the “–>”?

Why does one lead to the other? Towards the end of the TED talk, Wilkinson hints, “I think I’m looking and talking about the psychosocial effects of inequality. More to do with feelings of superiority and inferiority, of being valued and devalued, respected and disrespected. And of course, those feelings of status competition that comes out of that drives the consumerism in our society. It also leads to status insecurity. We worry more about how we’re judged and seen by others, whether we’re regarded as attractive, clever, all that kind of thing.” 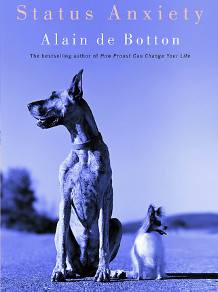 Relative (not absolute) poverty creates a sense of ‘status anxiety’.  We begin to fear society will compare us to other people – the ‘haves’.  If the Jones have more, that makes us appear socially inferior, and we begin to internalize that inferiority as shame.  Economic inequality produces shame, and shame leads to various forms of social dysfunction as people strive to create status falsely. Shame breeds sin.

The PBS news video ‘Pernicious’ Effects of Economic Inequality shows the flipside – wealthy people attribute a higher status to themselves.  A person in a luxury car is 3-4 times less likely to stop for a pedestrian.  Or someone winning a game of Monopoly, even when it is obviously rigged in their favor, communicates feelings of superiority and respectability.

Wealth induces a false sense of honor and importance, just as (relative) poverty creates a sense of shame.  Money, when balanced improperly, leads to false honor and false shame.

Do you see the shame of poverty play out?  What are its dynamics?

3 Comments on “The Cost of (Unequal) Wealth”