Can Public Shaming Be Good?

Guest Dan Braga is a church planter in San Diego, CA. He is an M.A. student at Western Seminary (Portland) where I recently taught a course. This post is Dan’s response to the question, “Can public shaming be a good way to enforce morality?” 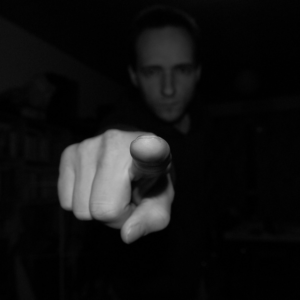 Public shaming is the name of the game in our current cultural moment. We are a call-out culture. In some cases the public shaming is warranted, e.g., when sexual assault victims have their day of vindication as they see their attackers reputation burned up in the public flames of dishonor or when the hypocrisy of a politician comes clear and his constituents turn their vocal pitchforks upon him. These cultural forms of public shaming serve two good and biblical purposes.

First, the force of public exposure may give one pause before committing nefarious acts, lest they be caught. Though our law may prosecute and establish standards of punishment, to be paraded before the eyes of society and disdained is a terrible possibility, so terrible that one may choose more wisely lest they be exposed. The mark God placed on Cain worked as a public warning to any and all of what consequences might follow unjust acts.

Second, public shaming provides vindication for those who suffered under the hands of the oppressive, violent, or unjust. The #metoo movement has not removed the pain of assault but has certainly vindicated many women who had silently endured as their victimizer went on with life as they pleased. Both God’s people, and God himself, have their names vindicated as their enemies are brought down by their own evil schemes. Their opponents public shame touts the victory of the righteous and faithful in the end. (Deut 32:36, 2 Chron 6:23, Ps 135:14, Ez 36:23, Rev 6:9-10, 16) The greatest of these vindicating events was the resurrection of Jesus as he shamed the powers and principalities who sought his destruction. (Col 2:15, 1 Tim 3:16)

While there may be moral benefit to public shaming there is a terrible and dark reality at play in it as well. Our call out culture does not abide by an eye for an eye principle of just punishment. There is a riotous delight in raking another human’s character over the coals. This can lead to exaggerations, false accusations, lies, and the diminishment of another imager bearers being. Jesus of Nazareth had strong words for such behavior. He exhorted humans to look inwardly at their own souls before casting judgement. He also warned that unchecked accusations put one’s soul in proximity of hell’s fires. (Luke 6:41-42, Matt 5:21-22, Matt 7:1)

Social media has provided a platform for whole new levels of ostracizing and shaming innocent human beings. Young girls in particular have created complex means of communicating who is in and out in their social hierarchies by strategically liking and not liking photos posted by their peers. Worse yet, cyber bullying has led to the literal deaths of young people as the vicious teeth of unchecked shaming are unleashed on a soul. The whole of the Biblical narrative stands against such behavior and tells the story of humans once again being restored to right and harmonious relationship with their God, and each other.