The Model of Guilt-Shame-Fear—A Short History 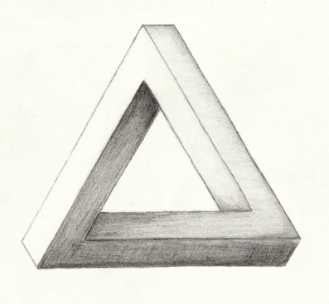 The idea of “guilt vs. shame” has a long history in 20th-century scholarship (see previous post). But how did the cultural model of guilt-shame-fear develop? Here is a super short history of the cultural trichotomony.

In 1954, Christian anthropologist and linguist Eugene Nida in Customs and Cultures mentions, “We have to reckon with three different types of reactions to transgressions of religiously sanctioned codes: fear, shame, and guilt.” This is the first known mention of guilt-shame-fear, but Nida offers no further explanation.

Psychologists in the 1960’s began to write about the internal aspects of guilt, shame, and anxiety. David Augsburger (Professor of Psychology/Counseling at Fuller) expounded the categories in several of his publications, including Conflict Mediation Across Cultures (1986). Here is his explanation:

Charles Kraft’s Perspectives article titled “The 3 Encounters of Christian Witness” (adapted from his 1991 EMQ article) speaks about ministry approaches in terms of “truth,” “power,” and “allegiance” encounter. Doug Hayward reaches similar conclusions in “The Evangelization of Animists: Power, Truth or Love Encounter?” IJFM (1997). Though they do not use the language of guilt-shame-fear, the overlap with their categories is remarkable.

My publication of The 3D Gospel: Ministry in Guilt, Shame, and Fear Cultures (2014) sought to outline a biblical/systematic theology and some ministry approaches for engaging each culture type.

There you have it—a super short history of the guilt-shame-fear cultural paradigm! Any others works worth mentioning? Please share in a comment below.