The Meaning of ‘Fear-Power’—3 Options 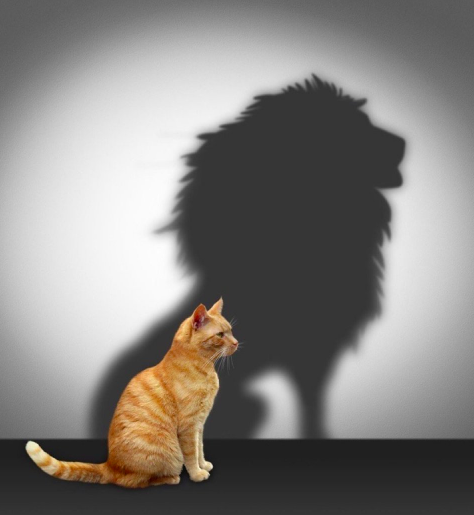 The worldviews of Majority World cultures, especially tribal religions, give special prominence to spiritual realities. People live in fear of unseen forces such as mana, curses, witches, and ancestors. Consequently, they seek spiritual power over those forces through ritual practices. This constant interaction with the invisible world is the religious aspect of “fear-power.” This is the most common meaning of the term.

This sense of “fear-power” is written about under various other labels. Christian anthropologists explained “folk/traditional religion,” “animism,” and “excluded middle.” At a practical level, ministry approaches in fear-power contexts are “spiritual warfare,” “power encounter,” and “deliverance ministries.” Biblical scholars have exegeted the motif of “divine warrior” and the language of “powers and principalities” in the Bible. Over the last 100 years, the rapid expansion of charismatic Christianity in the global South has prompted theological and missiological reflection on the meaning of the gospel in fear-power contexts. These reflections cover various areas, but generally relate to this spiritual/religious connotations of fear-power. (Click here for ministry resources related to fear-power)

Western psychologists, emphasizing personal and internal aspects, usually identify “anxiety” as the third emotion along with guilt and shame. For example, the journal article “Anxiety, Guilt and Shame in the Atonement” (Theology Today, 1964) draws from the psychology of religion. David Augsburger explains anxiety, guilt, and shame in his book Pastoral Counseling Across Cultures (1984). The psychological use of “anxiety” is quite similar to spiritual fear-power, as seen in this Wiki definition:

Anxiety is an emotion characterized by an unpleasant state of inner turmoil, often accompanied by nervous behavior, such as pacing back and forth, somatic complaints and rumination. It is the subjectively unpleasant feelings of dread over anticipated events, such as the feeling of imminent death.

The drive for hyper-productivity in Western cultures create extremes level of anxiety. People worry about controlling the future and live in fear of failure. Anxiety, along with guilt and shame, are pervasive emotional realities in Western culture.

Others define “fear-power” in socio-political terms. Power is the ability to exercise control over other people. Leaders instill a sense of fear by making threats. People submit to leaders because they fear the negative repercussions of appearing disrespectful. This social arrangement is hierarchical and authoritarian. People who utilize the categories guilt, shame, and fear in corporate and secular venues define “fear” in such a socio-political manner.

I believe these socio-political dynamics are better classified as a subset or expression of “shame-honor” referred to as “patronage”— a reciprocal relationship between social unequals. This political definition of fear-power is basically patron-client relations, which are a prominent aspect of honor-shame cultures.

So is “fear-power” a (1) spiritual, (2) psychological, or (3) political concept? Well, yes! All three facets of the human experience are mired by sin and require redemption. The Bible (along with the realities of everyday life) testifies to all three dimensions, so you define “fear-power” with flexiblity. People will (and should) define it according to the pastoral and missional exigencies of their context.

Nevertheless, I see several advantages to the spiritual definition of fear-power. One, this is the most common understanding of fear-power in missions literature, so the term has been somewhat pre-defined. Second, the oppression of Satan and the victory of God over spiritual forces are too prominent in the Bible (and most cultures) for us to not include in our cultural frameworks. Third, placing the accent on spiritual aspects of “fear-power” is beneficial for global mission. Western Christians are often oblivious to the spiritual world, so developing this neglected aspect of our worldview is essential for ministry fruitfulness.

6 Comments on “The Meaning of ‘Fear-Power’—3 Options”