Why Did Jesus Have to Die?

From an honor-shame perspective, why did Jesus have to die?

This is a common question people ask, and is worth exploring. Reflecting on this topic exposes some cultural assumptions and helps us to better understand biblical salvation. 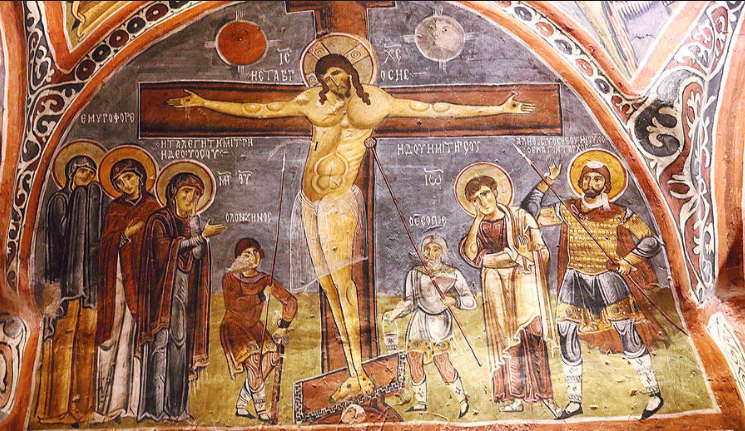 The question is about the necessity of the atonement. Why did Christ have to die? What sort of moral/cosmological imperative necessitates the death of God’s son, Jesus Christ?

This question has a cultural and theological background. Western theology has long emphasized the necessity of the atonement. The reasoning runs as such:

This line of reasoning has a clear sense of necessity. God had to die because of the dictates of justice demand consequences. Any unpunished wrong would violate divine holiness. The requirements of justice compel God to act in such a manner. This rationale resonates with Westerners because it follows a logical and legal sequence. This is the framework from which people ask about the necessity of Christ’s death.  And because this is a common explanation of the atonement, people naturally ask whether “honor-shame” has a similar explanation for the atonement.

Here are three reasons, in light of the moral logic of honor-shame, for why Christ died.

The very question “Why did Jesus have to do die?” might point us in the wrong direction. Imagine asking a newly-engaged couple, “Why did he have to give propose? What was the necessity for that action?” You can ask that question and wait for an answer from this jubilant couple, but you’d be pushing the conversation down a unique path.

Here’s the issue. The thought of God having to do something implies there is some force/logic/morality that is outside and above God. In Western theology, the notion of “justice”—the moral dictate that violations must be punished—compels, requires, and necessitates that God acts. Or to use political speak, God can’t be “soft on crime.” We must be cautious here, lest we present “justice” as the cosmic force to which Yahweh must submit, as if God was forced into a corner. Asking about the “necessity” of the atonement can be limited and distracting

The Bible portrays God’s initiative in our salvation as his own will and desire. God saves us because he wants to. Or to use biblical language, the incarnation and crucifixion of God’s Son happened because of the “love of God.” The motive to save humans comes foremost from the heart of God, not external compulsion. Three biblical texts illustrate this point:

“The LORD did not set His love on you nor choose you because you were more in number than any of the peoples, for you were the fewest of all peoples, but because the LORD loved you and kept the oath which He swore to your forefathers, the LORD brought you out by a mighty hand and redeemed you from the house of slavery, from the hand of Pharaoh king of Egypt.” (Duet 7:7-8)

And remember, biblical love is not platonic romantic feelings, but a relational commitment, covenant loyalty, hesed. God saves us because he wanted to initiate and preserve a covenant relationship with his people. God loves people. This is a significant reason for the death of Christ. God was not simply legally and morally bound by an external force, but motivated by self-giving covenant love.

I establish this point because some assume honor-shame theology can only be valid if it can explain the necessity of the atonement. My next two points do in fact explain why Jesus’ had to die, but first I wanted to establish why this question shouldn’t be the sole yardstick for soteriological paradigms. The point about God’s love functions as groundwork to help us think more clearly.

Something does in fact compel God to act. Jesus had to die to fix the problem of sin. As any good doctor knows, you must first diagnose the problem (sin) before prescribing a solution (atonement). So what exactly is the problem of sin that Jesus’ death resolves?

Sin is a problem because it demeans and dishonors God. Sin is not merely a legal violation, but a diminishment of God’s glory.  (For more, see posts here, or Ministering in Honor-Shame Cultures, pp. 68-73). So the problem that must get resolved is the erosion of God’s honor. Scripture is clear that God must get glory. The absence of God’s glory is the biggest problem in the universe.

The topic of God’s glory/honor, both its nature and necessity, is a prominent theme in Scripture and Church History. Three theologians have explored this topic: Anslem’s Cur Deus Homo, Jonathan Edwards’ The End for Which God Created the World, and John Piper’s God’s Passion for His Glory.  All three books are available online for free. Previous HonorShame.com posts have summarized both Anselm and Edwards, because of their importance.

So specifically regarding the atonement, God’s honor necessitates that Christ restore and display his honor that our sin has eroded. The restoration of God’s eroded honor is what necessitates the atonement. Or in Jackson Wu’s words, God must “save face.” After all, the glory of God is the reason he does everything.

These two paragraphs from Ministering in Honor-Shame Cultures explain, from two different angles the means by which Jesus resolves the ultimate problem God’s diminished glory.

Jesus did not only bear the consequences of sin in our place but also honored God in our place. Jesus did not fall short of God’s glory. He embodied the opposite of the human sinful ways described above. He faith- fully obeyed God; he kept covenant in a way Israel had not; he was obedient to the point of death. Unlike other humans, Jesus lived in a way that was, from God’s perspective, truly honorable. Jesus never brought shame on God’s name. He thus honored God as humans had not. Although in the Roman context Jesus’ death on the cross was the epitome of shame, from God’s perspective this ultimate act of faithful obedience was the epitome of honor (Phil 2:6–11). Jesus did what no other human could ever do—live honorably and completely honor God. Jesus brought honor to God on our behalf. (p. 111)

God works through the cross and resurrection not only to restore humans’ honor but also to display his glory. Jesus’ death demonstrates God is honorable. In contemporary honor-shame terminology we might say the cross is a “face-saving” action, or “honor death”—something done to mitigate potential shame and reserve status. The cross saves God’s face by demonstrating his ultimate loyalty and faithfulness to do what he promised. God does not renege on his promises (see Rom 3:3–7). Despite humanity’s complete lack of faithfulness and loyalty (Rom 3:9–20), God has persistently maintained his covenantal promises. The Messiah’s disgraceful death revealed God’s covenant loyalty in an unexpected way. God deserves praise because Jesus fulfills the obligations God long ago placed on himself to provide salvation (Rom 1:2; 3:21; 16:26). (p. 113)

A cultural element must be noted at this point. Honor is a foreign concept in Western culture and morality. Western philosophy has dismissed and scorned the notion of honor as outdated and harmful. Because of this cultural factor, Western Christians may struggle to understand why God’s honor is important and “necessary.” We intuitively understand the moral force behind the statement  “Justice must be satisfied,” but the phrase “God must be honored” does not comport as well in our minds. But realize that in collectivistic contexts, honor is absolutely necessary as the essence of being. And in Scripture, God’s glory is preeminent. If you struggle to understand the “necessity” of God’s honor, be aware of the cultural factors at play.

Before moving to the third reason for why Jesus had to die, there is an important point to clarify. Note the order of my three points—the first two points focus on God, and only the third speaks about salvation from the human perspective. Most theologies approach the atonement in terms of human salvation—”Why did Jesus have to die for our salvation?” But the Bible sees the atonement foremost through the character and action of God. His love and his glory are the main rationale for Jesus’ death. The removal of our sin is the means/consequence, not the ultimate goal of salvation. We humans, especially those from individualistic cultures, prefer to think the cross was all about us. But in fact, the cross was foremost the cosmic display of God’s love and glory.

Jesus has to die because of our shame. Human beings were buried in a pile of shame and disgrace. We were dishonorable and unacceptable. Though God “crowned us with glory and honor” at creation (Psalm 8:6), we lost that glory (Rom 3:23). Because of our shameful sin, we humans are outside of the covenant, we cannot see God face to face, and, worst of all, we have no capacity for fulfilling our original vocation of reflecting and expanding God’s glory to the world.

Our only hope of salvation is for someone higher, someone completely honorable to remove our shame. This was Jesus. He was utterly humiliated on the cross—betrayed by fellow Jews, scourged by Romans, mocked by strangers, and abandoned by friends.  His death absorbed our shame. He was like a loving father who endures disgrace to shield his children from shame (cf. Luke 15:11–32). If Christ did not die, we would wallow in shame for all of eternity (cf. Ps 83:16–17; Isa 45:16–17; Jer 20:11; Dan 12:2).

Furthermore, Jesus’ death and resurrection proves the banality and powerlessness of worldly shame. When God vindicated and exalted the most shamed person in history, he broke the power of shame over humans.  Jesus had to die because he lived according to an alternative honor code. The distorted honor code of worldly powers and principalities reacted violently to squash Jesus’ alternative honor in order to preserve their own status. Jesus had to die to the expose the truth of God’s countercultural, cruciform honor.

Jesus died because (1) God wanted to express his love, (2) God’s honor must be restored, and (3) only the cross could remove human shame. God accomplished all three aspects through the death of Jesus the Messiah. For this, I can only echo Paul’s exaltation, “Oh, the depth of the riches and wisdom and knowledge of God!” (Rom 11:33).

2 Comments on “Why Did Jesus Have to Die?”