Honor is not a matter of life and death.

It is more than that. 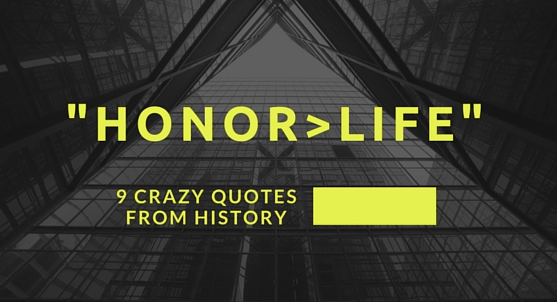 Respect from the community is more important than life itself. The human craving for honor is so great, people would rather die with honor than live with shame. In other words, social death is worse than physical death. Here is a list of 9 quotes from history capturing that sentiment:

“Honor is the greatest of all goods.” –Aristotle

“By nature we yearn and hunger for honor, and once we have glimpsed, as it were, some part of its radiance, there is nothing we are not prepared to bear and suffer in order to secure it.” –Cicero, Tusc. 2.24.58

“What is more sacred than honor?” –Dio Chrysostom

“Ignominy is universally acknowledged to be a worse punishment than death.” -Benjamin Rush, signer of the USA Declaration of Independence

“A man without honor is worse than dead.” –Cervantes, Don Quixote

“In life there is nothing as important as a person’s honor and dignity, not even a man’s life, not even his wife or children. True, … we must take care of them … but not without my reputation.”–key character from Tangsir, a 20th-century Persian novel

“Death is nothing, but to live defeated and inglorious is to die daily.” –Napoleon Bonaparte

“When I have no honor, I have nothing else.” –Pakistani father after killing his own daughter (source)

“There is nothing in this entire world that you need to protect more than your honor. Because you’re nothing without your honor. You’d be dirt, just dirt and nothing else. If someone tried to take my honor, then I’d do anything to get it back. Literally anything.” –Muslim immigrant in Europe (source)

As a bonus, the all-time best honor-shame quote…”That’s why rednecks die doing such stupid things. Cuz’ they’d rather be dead than disrespected.”-Jase Robertson, The Duck Dynasty (watch clip here)

The German Constitution—or, Basic Law—is very illuminating here. The first article of its Constitution establishes that human dignity is inviolable; human dignity can not be dishonored or infringed. This is more important than the right to life, which is established in the second article and can be forfeited under some conditions. Interpreting the Quotes   Westerners generally find these quotes rather baffling, and sometimes immoral. However, these perspectives should not be surprise readers with a biblical understanding of humanity. Every human is made in the image of the Glorious God. Therefore, it should come as no surprise that honor is a primal human need. This need for honor is God-designed (and God-fulfilled). But since Eden, we crave and lust after that lost honor (Rom 1:23; Rom 3:23). The quotes reflect the fundamental nature and essence of God’s created beings. 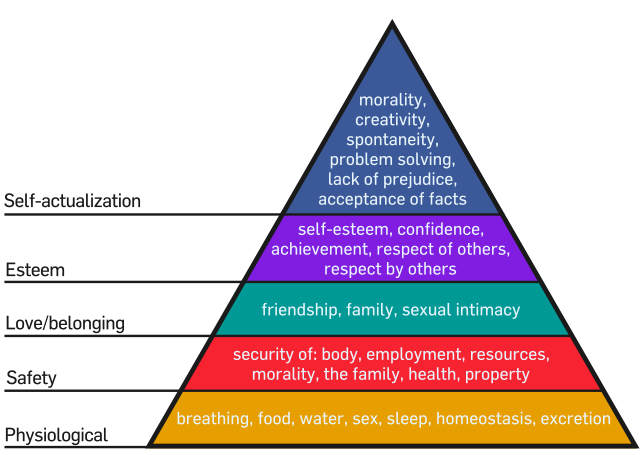 Maslow’s “Hierarchy of Needs” suggests certain needs are more primal or basic than “esteem” (i.e., honor). Here is my question: Does Maslow’s theory apply to all people universally, or a does it reflect of the particular cultural values of his time and context? In light of the above quotes, there’s reason to wonder. How do you account for this primal need for honor?