HonorShame Posted on March 14, 2018 Posted in Bible, Resources 6 Comments Tagged with cru, resource
Last summer several Cru staff members attended the Honor-Shame conference in Wheaton. After the conference, they began discussing and designing a new honor-shame evangelism tool that could used in a smart-phone app. 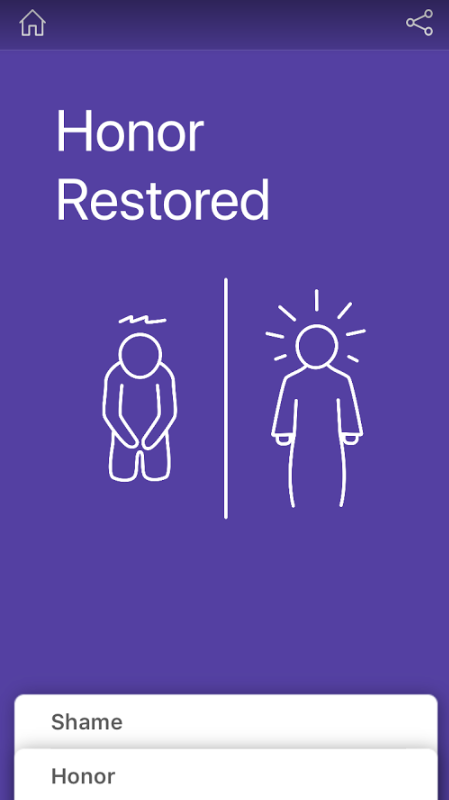 Their new tool “Honor Restored” launched in December 2017. Based loosely on the HonorShame reference bookmark, Honor Restored does a good job distilling the essentials into a aesthetic and accessible resource.
The tool is available in Cru’s evangelism app, GodTools, which is available at Apple’s App store and at Google Play. First, download the GodTools app, then tap the + sign and you will see the tool Honor Restored.
The app has been translated into Hindi, Arabic, Croatian, Persian/Farsi, Turkish, and Portuguese. They are translating it into Mandarin, French, Russian, Marathi, German, Telugu, Spanish, Korean, and Japanese.
If you have questions, feedback, or suggestions on possible translations, email Chris Sneller at csneller@gmail.com.