When I wrote The 3D Gospel and developed www.TheCultureTest.com in 2014, I thought that the concept of guilt/shame/fear cultures was unique to Christian missiology. But recently, I encountered a very similar cultural model by a secular psychologist. 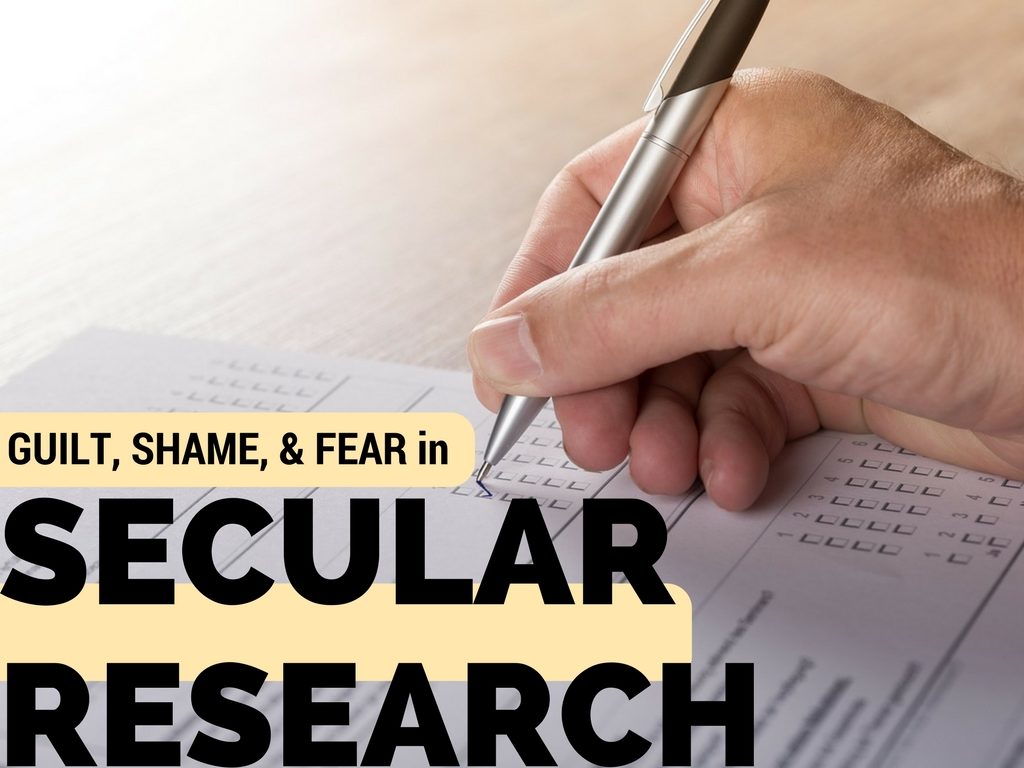 Richard Shweder is a professor of cultural psychology at the University of Chicago. He researches the cross-cultural concepts of self and moral reasoning. In 2003 he co-authored an article “The ‘Big Three’ of Morality (Autonomy, Community, and Divinity) and the ‘Big Three’ Explanations of Suffering.” They analyzed hundreds of interviews from India and noticed three clusters of “moral themes”: autonomy, community, and divinity. Here is an explanation using Shweder’s own language.

The main concern in this ethical system is individual autonomy. We should not interfere with another person’s wants and preferences. The ethics of autonomy reasons in terms of harm, rights, and justice. Don’t infringe upon the rights of other people and do not harm anyone else. Westerners have even extended the idea of “rights” to many areas, e.g., education and health care. Even animals have rights.

In a rather prophetic word, Shweder et al. say about Americans: “We wish to be protected from every imaginable harm, protected from secondary cigarette smoke, protected from psychologically offensive work environments. … We have stretched the notions of rights, autonomy, and harm, even as we wonder nostalgically how we lost our sense of community and divinity” (p 142).

This moral paradigm is about obligations to the community. People maintain roles and statuses in relation to other members of the group. An ethic of community prioritizes duty, hierarchy, and interdependence. There is a moral obligation to “take care of one’s own.” People rely upon the hierarchy to satisfy their needs—the powerful protect and provide, and subordinates respond with gratitude and loyalty. Life is interdependent. So if an action weakens someone connected with you, then it also weakens you. In this ethic, “personal identity is more closely associated with its statuses and relationships than with its individuality and distinctness” (p 145).

Below is their summary chart (click to make larger). 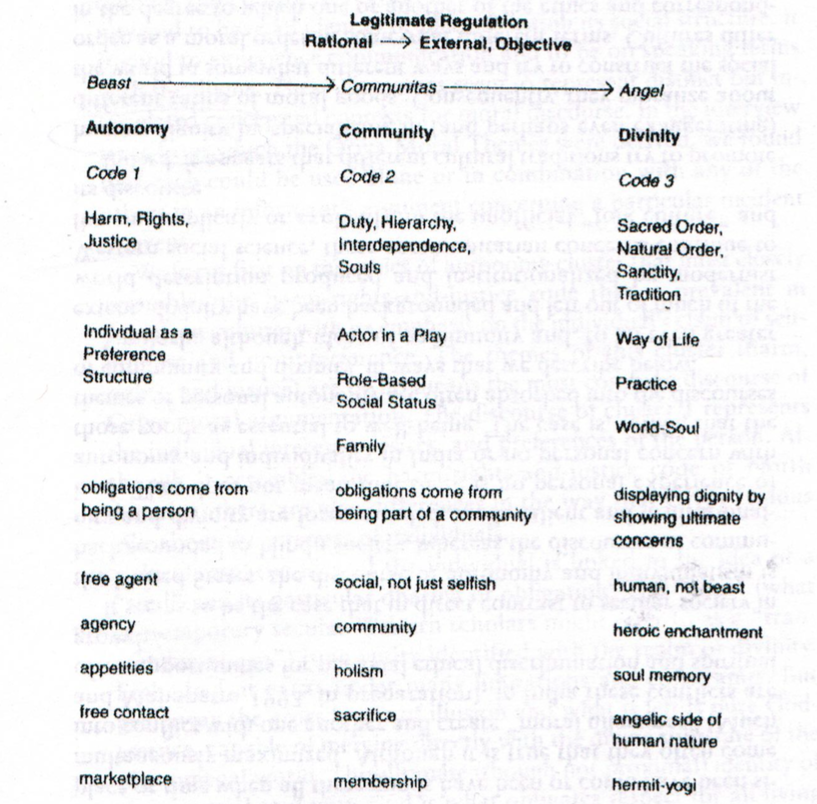 Shweder’s three categories (autonomy, community, and divinity) mirror my explanation of guilt, shame, and fear cultures, though with a slight difference. Shweder’s three “moral discourses” focus on the basis of personhood (whereas guilt/shame/fear focuses on moral emotions). The labels explain how cultures define the value and essence of human beings. The three options are: rights and freedoms, status and connection, or spiritual harmony and sacredness. Then by extension, cultures develop an appropriate moral system to protect and preserve their definition of “truly human.” I appreciate Schewer’s model because it highlights an important reality—morality is shaped by identity (as I’ve noted here and here).

Schweder’s full article is available here. His moral paradigm was popularized in The Righteous Mind by Jonathon Haidt, who also developed an online survey that measures your moral orientation: the “Moral Foundations Questionnaire” at www.YourMorals.com.

4 Comments on “Guilt, Shame, and Fear in Secular Research”