Bible colleges around the world commonly use curriculum from Western seminaries—sometimes directly translating the syllabi, course books, and textbooks. Though missionaries rarely favor this situation, it appears to persist simply due to a lack of alternatives. How else can the Church do theological education? 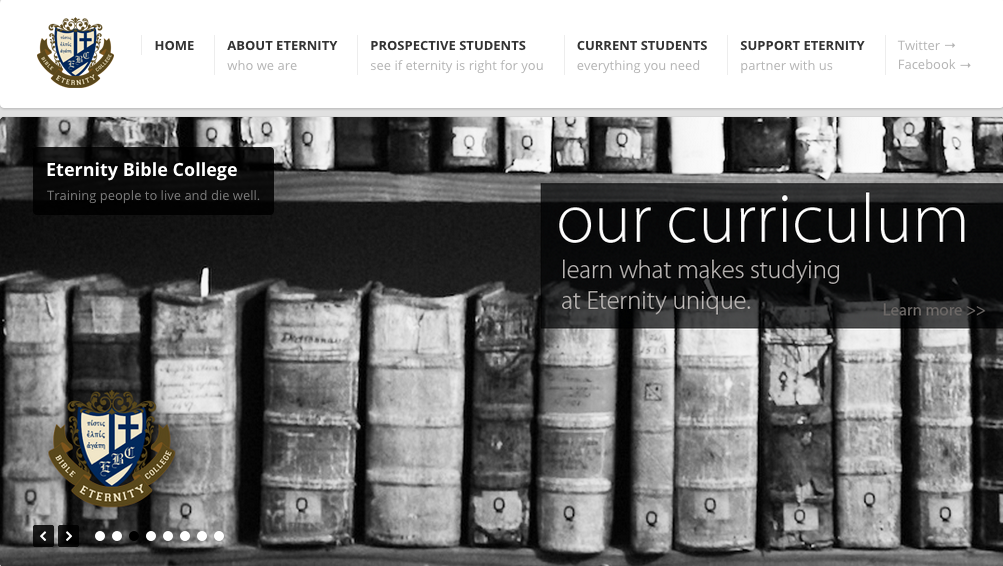 ‘I believe Eternity Bible College has a notable alternative model for leadership training and biblical college curriculum. Eternity Bible College (Simi Valley, CA) was founded in 2004 out of Cornerstone Community Church (then led by Francis Chan). Most of EBC’s faculty graduated from The Master’s Seminary, so curriculum in the early years mimicked their own seminary education—a strong emphasis on systematic theology and apologetics. After a few years, EBC realized they were giving students answers to questions people were no longer asking—the context had changed. So, they shifted as a Bible college:

Their focus turned from making students good answer-ers to good questioners; teaching them to exegete texts and contexts. To help students better understand the concerns and questions of the Bible and contemporary culture, they use the three-fold breakdown of guilt-innocence, shame-honor, and fear-power. What are ways the given culture expresses its foundational issues of guilt, shame and fear? And as they study the Bible, how does the Story of God speaks salvifically about guilt, shame, and fear. Then, how can we apply that Biblical truth to the cultural concern? I became acquainted with EBC in the summer of 2014, and was naturally impressed the degree to which they integrated honor-shame (as well as guilt-innocence and fear-power) throughout their training curriculum.

Adopting EBC’s approach wholesale is not a global solution, but a notable alternative for those in theological education to consider.

On a related note, I’ll be teaching an intensive class “Theology of Honor and Shame” at Eternity Bible College May 26-29. Those interested may attend for credit or to audit.