The Law is NOT Legal

In the Bible, the “law” is not primarily a legal concept. For Western Christians, their view of the “law” is heavily influenced by cultural assumptions. (Some might call this “syncretism.”)

When teaching about the “law,” I prefer to use the original words Torah (Hebrew) and nomos (Greek) to avoid confusion. I know, using the original terms does little in way of defining “law.” But, not using the English word “law” when referring to the biblical ideas of Torah and nomos keeps listeners from importing everything they associate with “law” into Judaism. The English word “law” is shrouded with assumptions and emotions, not all of which are meant by Torah and nomos.

Here are some examples of how the English word “law” is used:

The “law” is taken care of by police, judges, and lawyers. The domain is primarily judicial. The term “law” is also used in ethical discourse to refer to an impersonal moral code, as developed by Enlightenment philosophers. Also, the Western notion of law is associated with the Western values of retributive justice, democracy, and egalitarianism. The term also carries an emotive meaning. Phrases like “He must restore law and order!” or “He took the law into his own hands!” are not disinterested philosophical reflections, but gut-level emotional responses.

Here is the problem: we read the word “law” in a CNN news article, then read the same word in the Bible, and naturally assume they refer to the same idea. But, there is a significant difference between the two usages—the English notion of “law” is judicial; the biblical notion of torah is covenantal. The English word “law” has no sense of covenantal relationships; Western law is impersonal. In fact, any hint of relationship/partisanship in legal proceedings “taints the law” and is considered “corruption.” 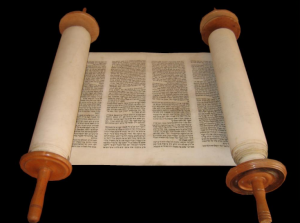 In the Bible, torah cannot be separated from God’s covenant with Israel. After God saved Israel from Egypt, he gifted torah to her. The covenant at Sinai following the standard ANE conventions for ratifying a covenant, in which the expectations of the vassal/client were clearly spelled out.

The purpose of Torah was two-fold. One, it made Israel distinct from the other nations (i.e. holy) as God’s special people. The Torah regulations like food laws, circumcision, and Sabbath distinguished Israel from Gentiles. The law identified Israel as God’s unique people. Two, observing Torah was how Israel expressed faithfulness to the covenant and kept their relational obligations to YHWH. The Torah regulations were not abstract moral rules to follow, but Israel’s “wedding vows” Sinai. In the Bible, “the law” is not a general universal moral code equally applicable to every individual, but Israel’s covenant stipulations for expressing her national distinction and covenantal loyalty.

Yes, Torah has judicial/legal elements to it, but that is always set within the broader context of the covenant. God was the king (re-)establishing his kingdom through Israel. As Israel’s king, He functioned as their Warrior, their Judge, and their Provider. God was their Army, the Supreme Court, and Federal Reserve, all in one. In modern governments, those functions are all separated out. For Israel, they tied into their relationship with God. So, the courts, laws, and judicial systems of ancient Israel were simply one facet of Israel’s covenant with King YHWH. Obeying the Torah was a sign of loyalty to the governing power.

Much more could be (and has been!) said about “law” in the Bible. My point is this: Westerners read “law” as strictly judicial, but the Biblical idea was mostly covenantal. This cultural gap greatly affects hermeneutics, and theology.

The Torah made Israel distinct from other cultural groups and expressed her covenant-loyalty to God. In collectivistic societies, group distinction and relational loyalty are primary ways to acquire honor, for all involved parties. By being distinct (i.e., holy) and loyal (i.e., righteous), Israelites honored their Patron-King-God, and they ensured their own honor.

7 Comments on “The Law is NOT Legal”