As the global Church expands, there is a growing need for money to fund ministry. The Church in Asia, Africa, and Latin America has a vision for global missions, and this vision requires financial resources. 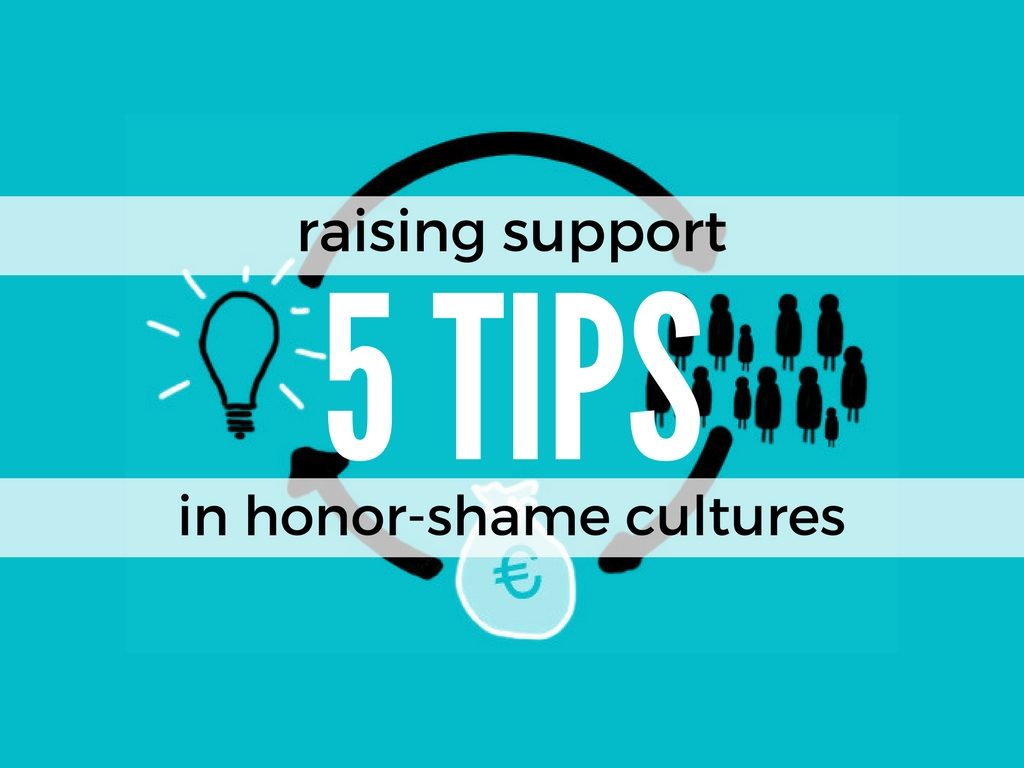 Traditional fund-raising models are often rooted in a white, Western cultural context, so might not suitably fund ministries in the rest of the World. These 5 tips could help with fund-raising in honor-shame cultures. These are just some ideas, not gaurantees.

Even in the West where missionaries are generally esteemed, asking for support can sometimes feel like “begging.” That sense of shame and inferiority for “not having a real job” can be even greater in non-Western contexts, especially where most Christians are first–generation believers. Family and friends may mock believers for being in full-time ministry and asking for support from others. This paradigm of “begging” and feelings of shame, however real they may feel, are not biblical. So they must be addressed and countered with a biblical perspective of money and fundraising before someone can effectively raise ministry funds.

People typically give money within their family, and “family” can be defined rather broadly. In minority communities in the U.S., “[the] tradition of caring for one another means that most giving is done within the community, and choices are made in the context of a larger group—not a single person’s needs. While white culture is proud of its individualism and self-sufficiency, communities of color see interdependence as an important value, thus decisions about giving are normally made with the larger community in mind” (Donna Wilson, in The God Ask, p. 309). People are very loyal to their group, so may be hesitant to give money to a stranger. Whenever possible, try to establish some sort of family connection.

The Western support model is rather impersonal—donors mail a check to a P.O. box, then our salary gets e-transferred to a bank account. In most cultures gift-giving is relationally symbolic and happens in person. So in terms of fund-raising for ministry, this may mean learning to receive (and perhaps request) non-monetary gifts. Support can be “material-based,” not money-based. People may give fresh food, housing, childcare, knowledge, admin help, time, etc.

Particularly in Asian cultures, making a direct request like “Can you give $50/month?” puts the responder in a difficult position. For them, saying no means losing face and breaking relational harmony. So instead, communicate indirectly to avoid the loss of face. A more appropriate method of “asking” may be through email, mass letter, or simply making your need known without making an explicit request.

Joe Ho (a national director with InterVarsity) explains, “There’s a spectrum of appropriate directness in asking for financial support. What matters is the comfort level of the potential donor. It’s possible to be so direct that you put someone in a position of shame if they don’t give. They may end up giving, but you will have undermined the relationship. You can win the ask but still lose currency in the system of honor and shame.”

Honor-shame cultures are generally hierarchical. Leaders control the funds and make financial decisions. For support-raising, it is critical to honor the proper authority and communicate with the correct people. For example, a pastor may be offended if you ask individuals in his church for support without first talking with him. The hierarchical nature can actually make support-raising easier—if an older, respected person advocates on your behalf, you gain credibility and trust in the entire community. Gaining the support of leaders is essential for support raising.