Western theologians and missionaries often assume that “guilt-based” morality is ethically superior. This, I believe, is a dangerous assumption. 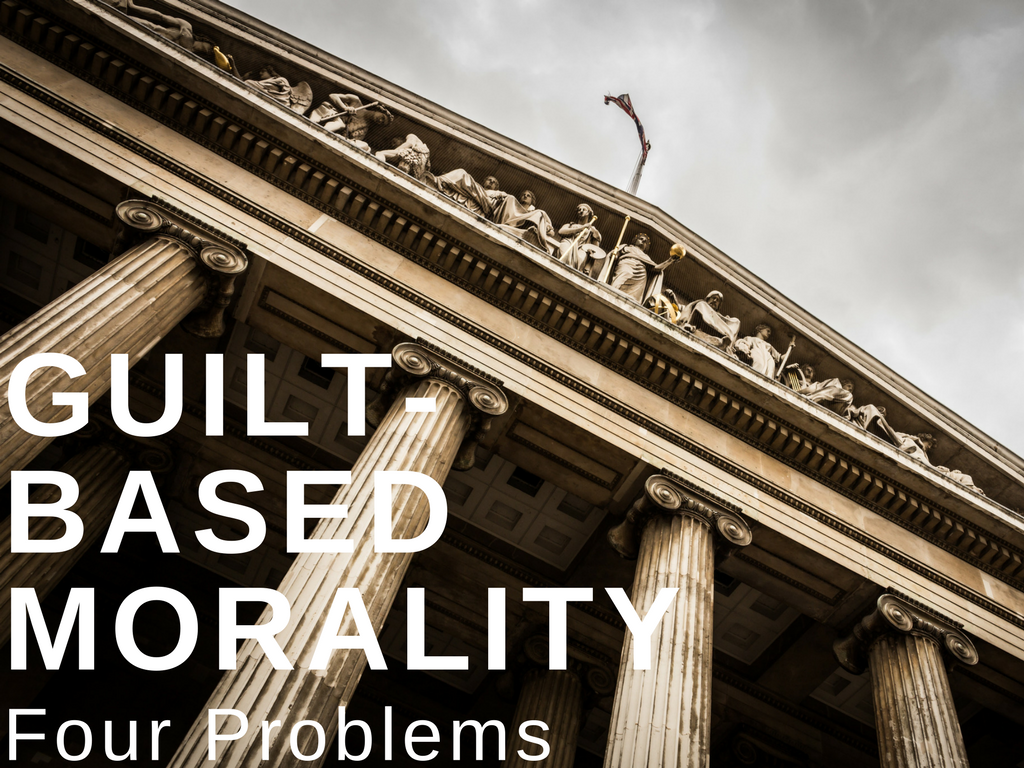 A guilt-based approach to ethics has several shortcomings that limit its moral effectiveness, particularly in collectivistic contexts. These limitations do not invalidate Western ethics as “wrong” or “unbiblical.” The notion of individual guilt is indeed essential, but not sufficient, for moral change. By noting these four shortcomings of guilt-based morality, I hope to show where Christians could incorporate honor-shame insights in developing a biblical morality.

First, guilt-based morality often presents retributive punishment as the just solution (and deterrent) for wrongdoing. However, the Western legal system’s punitive approach to wrongdoing “deepens society wounds and conflicts rather than contributes to healing or peace” (Zehr 2015). An obligation to dispense punishment as demanded by justice dis-integrates communities and relationships, and such alienation increases recidivism by exacerbating shame (Braithwaite 1989). “Our application of justice norms have justified shocking cruelty and continue to do so” (Demetriou 2015b). Solitary confinement and the death penalty are but two examples of such horrendous ostracism (Goode 2015; Oppenheimer 2015). But such violence is often accepted in America’s guilt-oriented legal system. Research has demonstrated that such punitive responses to wrongdoing compound human brokenness by increasing shame and disconnection (Hari 2015).

When teaching a class in central Africa, I noted the “individualistic” and “collectivistic” tendencies of various cultures. As an example, I explained how young Americans make significant decisions (i.e., university, spouse, career, etc.) independent of family. One Chadian then surmised, “Well then there must be all kinds of immorality and debauchery in America! For without family, how can people know how to choose the right behavior?”

For this Chadian Christian leader, defining ethics apart from community was simply inconceivable. How could individuals possibly know right from wrong by themselves when the heart is full of sin and deceit? The focus on individual rights and law-observance gives little weight to relationships. And this neglect of community is the very definition of sin for group-oriented contexts. From an honor-shame perspective, the individualistic values of self-reliance, absolute honesty, and equality come across as the anti-social vices of stinginess, humiliation, and disrespect. The individualistic assumptions of guilt-cultures are not always Christian virtues.

From 2002-2010, the United States spent $904 million in Afghanistan funding the “rule of law and justice” to “develop effective justice sector institutions” (Sun Wyler and Katzman 2010). The current situation in Afghanistan suggests this legal approach has not positively influenced society in Afghanistan. According to the New York Times headline, “In Spite of the Law, Afghan ‘Honor Killings’ of Women Continue”(Nordland 2014).

Laws reflect values but are incapable of changing values. Laws can define right behavior but do not produce right behavior. Certainly, Christians can agree on this point (Rom 3:20). Being weakened by human flesh, the Law is powerless to save from sin and death (Rom 8:23). After all, regulations “lack any value in restraining sensual indulgence” (Col 2:23).

4. Guilt Can Be Idolatrous

Dietrich Bonhoeffer critiqued the internal conscience and guilt as idolatrous in his book Ethics. To summarize Bonhoeffer: the human conscience is “concerned not with man’s relation to God and to other men, but with man’s relation to himself” (Bonhoeffer 1995, 28–29). Conscience pretends to be the voice of God defining morality. When our internal conscience becomes the new origin of good and evil, “man has become judge over God and men, just as he is judge over himself.” Moreover, since rules and laws are always defined as either “permitted” or “forbidden” (with no positive commandment), Bonhoeffer notes how for the conscience, what is “permitted is identical with good, and conscience does not register the fact, that even in this, man is in a state of disunion with his origin (God). It follows from this also that conscience does not, like shame, embrace the whole of life; it reacts only to certain definite actions.” Perhaps, the internal conscience should not be equated with “God’s law on our hearts,” but a duplicitous and corrupt voice needing to be checked by the community (cf. Prov 16:2; Titus 1:15).

These four limitations call for a balanced evaluation of ethical systems. Guilt can be good, but it may not always be the best way to frame Christian morality. A biblical view of honor and shame can address these gaps.

This post is excerpted from my article “They Don’t Feel Guilt?!?!” in Restored to Freedom from Guilt, Shame, and Fear: Lessons from the Buddhist World (SEANET 13; William Carey Library, 2017).

For biblical examples of honor ethics, click these links about 1 Peter and 1 Corinthians. Also view “Transforming Honor,” a 40-minute training video about ethics and discipleship.

13 Comments on “4 Problems with Guilt-Based Morality”