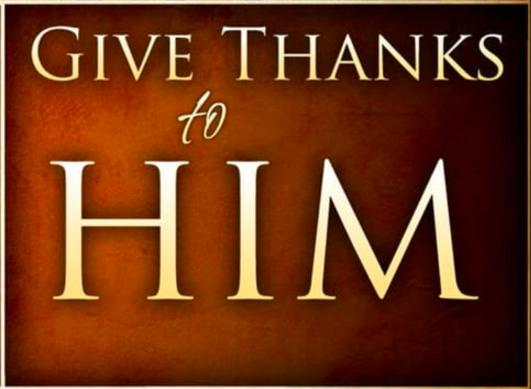 In honor-shame cultures, the ideology of patronage structures most relationships. This means clients are morally obligated to express thankfulness and gratitude to patrons. The failure to properly reciprocate grace is disgraceful and immoral.

This belief was widely held in Greco-Roman world of the New Testament. Listen how the Roman philosopher Seneca (4 BC – AD 65) denounces ingratitude in his book about patronage (De Beneficiis):

This contemporary of the apostles considered ingratitude the worst crime, a horrific vice, a sin, and universal disgrace. This widely held belief in Greco-Roman cultures does not define biblical theology, but philosophers like Seneca do illuminate the social thought world of early Christians. This unthankfulness is not just forgetting to say “thank you” when someone passes you the carrots at dinner time, but failing to return favors or be loyal in relationships.

The biblical theology of sin incorporates a key feature of patronage relationships—ingratitude is sinful and evil. God has showered benevolence upon his creation, but people have responded as ungrateful clients. Humans have been disloyal to the heavenly patron. Sin in the Bible is not simply transgressing a legal code, but also despising and dishonoring God, not giving him honor for his gifts. People fail to repay God’s gracious salvation with thankfulness, praise, and honor as they ought.

Sin, in essence, is acting as an ungrateful and disloyal client towards God. Here are three biblical passages.

When Nathan rebukes David, he says,

Thus says the Lord, the God of Israel: I anointed you king over Israel, and I rescued you from the hand of Saul; I gave you your master’s house, and your master’s wives into your bosom, and gave you the house of Israel and of Judah; and if that had been too little, I would have added as much more. Why have you despised the word of the Lord, to do what is evil in his sight? (2 Sam 12:7–9)

This passage only makes sense in the conceptual framework of patronage. For explanation, read here.

Romans 1–3 depicts sin as human ingratitude and God as the dishonored benefactor.

Ever since the creation of the world his eternal power and divine nature, invisible though they are, have been understood and seen through the things he has made. So they are without excuse; for though they knew God, they did not honor him as God or give thanks to him, but they became futile in their thinking, and their senseless minds were darkened. Claiming to be wise, they became fools; and they exchanged the glory of the immortal God for images resembling a mortal human being or birds or four-footed animals or reptiles. (Rom 1:20–23)

This famous passage speaks of people who have benefited by God’s generosity. They have experienced God’s gifts and received his grace(s). But they have “fallen away” from God’s benevolence. Trampling upon the gift of God’s salvation is tantamount to re-crucifying God’s son and “subjecting him to public disgrace” (6:6, NIV). Their disregard for God’s gifts/promises insults their benefactor.

For it is impossible to restore again to repentance those who have once been enlightened, and have tasted the heavenly gift, and have shared in the Holy Spirit, and have tasted the goodness of the word of God and the powers of the age to come, and then have fallen away, since on their own they are crucifying again the Son of God and are holding him up to contempt. (Heb 6:4–6)

Old Testament and New Testament authors interpret sin through the conceptual metaphor of patronage. Sin involves being an ungrateful and unthankful client who dishonors the generous patron, God.

The idea of sin as bad clientage echoes a prominent Old Testament motif—spiritual forgetfulness. Israel, like all people, suffered form “soteriological amnesia.” The human mind so easily forgets the benefits and blessings of God’s salvation. The sinful heart often responds to God’s favor with complaining (“This is not a good gift!”) or anxiety (“What about tomorrow!”).

Ungratefulness demeans the generosity, trustworthiness, power, and ultimately honor of God. For this reason, many Psalms recount God’s salvation and faithfulness (cf. Pss 78, 105, 106). God’s people must not forget his favors.

To keep from becoming ungrateful clients before God, we must recall Ps 103:2—“Bless the Lord, O my soul, and do not forget all his benefits.”