The 3 Dimensions of Honor

I have been writing about honor for three years now. So, I guess it’s time to define the word honor.

Defining honor is like catching the wind—it is all around you, but you can’t get your hands on it. Honor is a complex thingamajig, so offering a definition is difficult.

One, honor is abstract (not concrete). It exists in peoples’ minds. Honor is like “love,” or “beauty,” or “virtue.” Those abstractions can be embodied in various forms, but you cannot point and say, “There is honor.”

Two, honor is an emotion (not an idea). Humans feel honor in their hearts more than they analyze it in their minds. Considering how much honor shapes identity and behavior, the lack of reflection on the nature of honor is rather surprising.

Three, honor is variegated (not uniform). Japan and Turkey are honor cultures, but in quite different ways. For one, they use different words to communicate honor. But also, the very basis and nature of honor differs in those cultures (not to mention all the other contexts in the world). For this very reason, some anthropologists suggest there is no singular conception of “honor.”

Challenges aside, we can define “honor.”

A Definition of “Honor”: 3 Dimensions 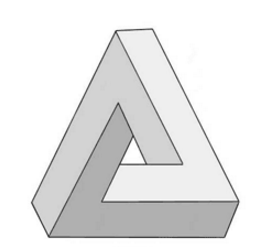 Honor is a reputable status. The community thinks positively of you and wants you to be a member. The social network of people whose opinion you value considers you to be a significant person. In this regard, honor is the opinion of other people. This fact explains why honor-shame cultures are collectivistic.

Honor is a moral virtue. The group’s evaluation is based on how well the person conforms to social ideals. In other words, “having honor” comes from “being honorable.” So honor is not an arbitrary opinion from others (despite occasional appearances!); honor is a moral quality reflecting one’s ethical virtue and integrity.

Honor is a right to respect. Honor is not a static possession, but a social power that grants permission. People with honor get to act a certain way: they wear fancy suits, expect certain food, tell inferiors what to do, provide for dependents, etc. Honor is social currency that allows access to restricted spheres and resources.

Several posts will attempt to describe (not define) honor, as this is more helpful to cross-cultural workers.