Sarah & Hagar: A Struggle for Honor

Dr. Marvin J. Newell is Senior Vice President of Missio Nexus, a network that connects evangelical mission agencies, churches and training centers across North America. He served over two decades in Indonesia and teaches at Moody and Western. This article is adapted form his latest book Crossing Cultures in Scriptures: Biblical Principles For Mission Practice.

Sarah held a position of honor within the greater community as Abraham’s wife. But over time her inability to bear children brought shame. Not only was Sarah frustrated, she was also devastated.

Abraham then has a child named Ishmael through their servant, Hagar the Egyptian. Tensions rose between Sarah and Hagar while Hagar was pregnant. Taking advantage of her newly exalted position, Hagar dishonored Sarah. In return, Sarah treated Hagar so badly that she ran away (but God sent her back).

Then 14 years later, Isaac was born to Sarah. Not long afterward, Sarah observed Ishmael dishonoring infant Isaac by mocking him. This offense so displeased Sarah that she persuaded Abraham to expel Hagar and Ishmael permanently from their community. (God does aid Hagar and bless Ishmael with a great nation, cf. Gen 21:15-21; 25:12-18.)

A cursory reading of this account might have us conclude that Sarah was a mean, callous, jealous wife out to do harm to a powerless subordinate. Twice she pushed Hagar to the point of near death. Twice she didn’t seem to care if Hagar and her child survived a scheme that she herself had orchestrated. It appears that they were nothing more than objects to be taken advantage of and then discarded. By the end of the story Sarah became an ungrateful, overprotective mother who heartlessly banished her rival.

That would be a typical Western interpretation of this ancient account— Sarah was guilty of mistreating an innocent attendant. But there’s an honor-shame side to this story that we dare not miss.

Sarah was rightfully offended, even dishonored, by her servant Hagar. Hagar’s attacks were a direct assault on her worth, value and personhood in the eyes of the community. Her position and her reputation were at stake. If she permitted Hagar to persist in her actions, her own worth of belonging would be compromised—even to the extent of a possible disconnect with her husband, Abraham. Hagar put Sarah in quite a vulnerable position 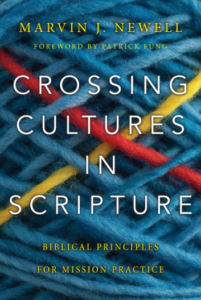 The Hebrew helps us see this tension in the phrase “she looked with contempt on her mistress” (Gen 16:4). The Hebrew qalal literally means, “be made light of.” The ESV translates this, “her mistress was dishonorable in her eyes.”

This was a grave cultural faux pas on Hagar’s part. By dishonoring Sarah, she was attacking her very being, causing her to feel flawed and unworthy. In that society, this was the highest form of offense that could be dished out upon another. Hagar was cunningly manipulative; Sarah was deeply humiliated.

Fourteen years later, Hagar’s son brought a similar dishonor on Sarah’s newborn son, Isaac. Moses recorded it: “But Sarah saw the son of Hagar the Egyptian whom she had borne to Abraham, laughing” (Gen 21:9) The word laughing (Hebrew tsakhaq) more precisely means “to mock” or “to jest at ” (cf. Gal 4:29). Again, a shame is intended. Ishmael wanted Isaac to be seen as flawed and unworthy, hoping for a disconnect between Isaac and his father, Abraham, so that he would be seen as the undisputed son of blessing.

A Struggle for Honor

Although Isaac was far too young to understand the slight, Sarah did. She knew the implications of such shame on the one who God had designated to inherit the line of blessing promised to Abraham in Genesis 12:1-3. The consequences to the family lineage and ultimately to the nations were too significant for Ishmael’s slight to go unopposed. So she acted to preserve the honor that was rightfully Isaac’s (Gen 21:8-21).

4 Comments on “Sarah & Hagar: A Struggle for Honor”