Is Africa ‘Power-Fear’ or ‘Honor-Shame’? 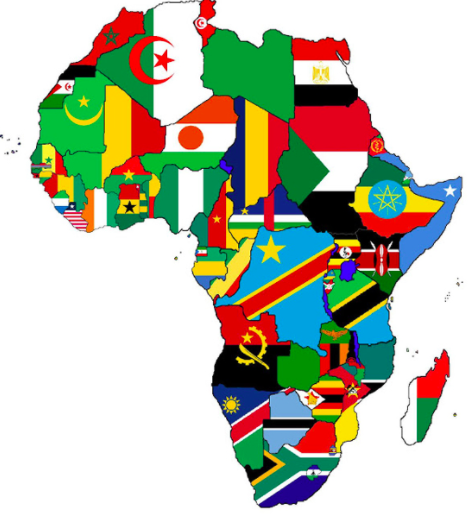 People often assume Africa is a “fear-power” culture. The animistic and magical practices of African Traditional Religions (ATRs) reflect the values of fear-power. Although Africa ranks higher in the fear-power category than other regions of the world according to The Culture Test results, it is nevertheless reflects many aspects of honor-shame cultures.

Professor E. Mahlangu of the University of Pretoria notes the hermeneutical potential:

“The African view of honor and shame could be an interpretive tool for reading the biblical text….Due to the various points of resemblance between the African and the first century Mediterranean cultures, it is indeed possible to approach the Bible optimistically.”[2]

After teaching about honor and shame in theology to Chadian pastors, one student said to me, “We are seeing how the Bible is so similar to African culture. You have opened our eyes. We must consider what this means for us Christians.”

So then why do people may commonly overlook the aspects of honor and shame in animistic cultures, such as Africa? Here are 4 factors I have observed.

The cultural manifestations of a fear-power world are visibly evident. The tassels around children’s wastes, the ceremonial dancing with ornate masks, the animal sacrifices, and other practices intended to control the spiritual world are obvious and noticeable. But the nuances of honor and shame are harder to see. Cultural outsiders may need years before discerning the social meaning behind greetings, gifts, meals, and other customs designed to communicate honor. Animistic behavior is more immediately visibly than the interpersonal strategies people use to manage social status, especially for cultural outsiders. Fear culture is easier to see than shame culture.

The Western category of “religion” creates confusion. When Westerners analyze people of other cultures, they often define people by a particular religion. Africans in turn become defined by their religious heritage of ATRs. Since ATRs are not a monotheistic, high religion, people conclude Africa is “fear-power.” The converse mistakes happens regarding Muslims—people assume Muslims are monotheistic, and thus not swayed by fear-power dynamics. Both assumptions are incorrect. Westerners often (mis)define a people by their religion, and this causes reductionist misconceptions. People who follow tribal and traditional religions are usually collectivistic, making honor-shame a powerful force in everyday life. Traditional religion does not automatically mean fear-power is the dominant cultural force, even if that is the primarily religious label that gets affixed.

Missions history influences our current perspectives. Mission pamphlets and books from in the past describes African as “heathens” and “pagans.” African spiritual life was painted in the darkest of colors in Western literature. The pagan’s pitiable state became the motive for mission activity. Fortunately, Christians today describe African culture in more nuanced and equitable terms. Nevertheless, the longstanding association of Africa with paganism or animism fosters the “fear-power” assumptions.

Western misunderstanding about African ancestors also explains part of the misclassification. The Western worldview makes a strong distinction between the living and the dead. They are two separate and unrelated dimensions of reality. For example, an English euphemism for death is “he is no longer with us.” The African worldview is different. Deceased people are considered “living-dead” who remain involved in earthly affairs. For this reason a respectful relationship must be maintained with the dead. In animistic contexts, ancestor veneration involves paying respect to family members and maintaining strong family ties—signs of “honor-shame” values. Spiritual power and social honor are very intertwined in the African worldview. But Westerners interpret interactions with ancestors as sorcery or magic (fear-power), but those interactions may also honor and reciprocate (shame-honor).

These four realities explain why people might overlook the honor-shame aspects of animistic cultures. My point is not “Africa is an honor-shame culture,” but simply, “African culture has definite honor-shame features.” As a result, Christian ministry in animistic contexts must account the realities of honor and shame.

[2] E. Mahlangu, “The Ancient Mediterranean Values of Honour and Shame as a Hermenuetical Procedure: A Social-Scientific Criticism in an African Perspective,” Verbum et Ecclesia 22, no. 1 (2001): 85–101.