5 Keys for Relationships in HonorShame Contexts

Relationships are paramount in honor-shame cultures.  Who you know is more important than what you know. Everything happens through family, neighbors, or acquaintances. These five relational keys are the unwritten rules of social interactions in honor-shame contexts. 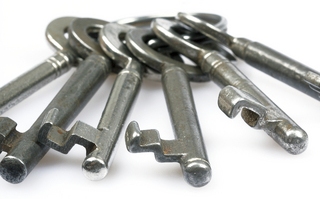 When I urgently needed a document for my apartment, a simple chocolate bar made the process quick and painless.  Gifts have a subtle way of saying, “You are an important and worthy person!  Now, could you please use some of your status to help me out?”  A gift opens doors (Proverbs 18:16). From my experience with officials, you can either give a gift early, or be extorted for a bribe later.  Your choice! When my wife taught ESL in California to internationals from East Asia, we were surprised how generously they gave gifts at the end of a course.  For them, gifts are a primary way to secure relationships and confer status.  honor-shame cultures are structured around reciprocity – everybody must be sharing and gifting with one another.  By giving gifts, you can get in the game.

Honor-shame cultures tend to be hierarchical.  This bothers egalitarian Westerners who insist everyone be treated fairly.  People are expected to play different social roles.  So, understand what role others expect you to play, based on your gender, age, ethnicity, and position.  Once you properly understand the role expected of you, play the part.  This means dressing, relating, eating, and communicating accordingly. Know your place – at the table, in the conversation, in the room. One role foreigners in developing countries are often expected to play is patron.  Patronage means using your resources and power to provide security and goods to those less well-off.  In return, they will offer you loyalty and public notoriety.  It is tricky and messy social game, but an important one for influential relationships.

If you unnecessarily expose a person’s shame or weakness, they will feel like you are rubbing their nose in the poop to teach them a lesson.  Nobody wants that!   Instead of demanding a monetary loan be repaid, just ask them to repay with their time by helping you.  Instead of asking someone who is running late “Where are you?”, ask “Are you OK?”.  Instead of saying “No” directly to an invitation, just say “Thank You” or some other polite euphemism.  Instead of demanding a verbal apology, symbolize your forgiveness by inviting that person to lunch. There are times we must address sin.  How?  Nathan’s rebuke of David was a good example.  Nathan’s parable wisely revealed David’s sin, but without shamefully exposing or challenging his superior.  When there is sin, try to address the issue without exposing the person.  Consider the relational impact of your approach, and limit exposure.  When people sense shame, they naturally become resistant and defensive.

People make snap decisions about your value based on your appearance.  So if you disregard purity rules, then people may disregard your message as unworthy.  I once heard a Muslims dismiss the Christian message, simply because “Christians don’t clean their shoes.”  In their minds, dirty shoes invalidated the gospel. Americans are appalled when someone litters publicly, but express little concern over casual dress or an unshaved face.  Western culture focuses on public cleanliness, but Eastern cultures focus on personal cleanliness.  In India, a man emerges from his one-room, dirt-floor home with his hair perfectly combed and suit nicely ironed, because personal purity is paramount.

People in honor-shame cultures are typically very proud of their hospitality.  It is a chance to secure new relationships and display their generosity.  So, being a good guest often means allowing yourself to be served, and letting them be lavish hosts.  So instead of helping set the table or wash the dishes, a better response may be effusive thanks and compliments. An American pastor visited a house fellowship of Japanese Christians.  When he entered and removed his shoes, there were only bright pink slippers remaining for him to wear, so his hosts offered him their own slippers.  He insisted on wearing the pink slippers, as a sign of humility and servanthood.  When I heard the story, I wondered about the Japanese’s embarrassment and shame anxiety over the fact that their older, honored guest was wearing girl’s slippers.  We can have the right intentions, but inadvertently disgrace others by not allowing them to be good hosts.

Give gift, know roles, don’t expose, be clean, and guest well.  These 5 points certainly don’t guarantee ministry success, but will probably lessen the odds of relational frustration and help us build a better relational platform from which we can proclaim the Good News.

8 Comments on “5 Keys for Relationships in HonorShame Contexts”