The Gospel in Romans – WHO, not WHAT

However, Paul’s letter to Rome addresses an honor-shame reality–a group of people who doubted God’s love and acceptance because of who they were.  They felt shame for not being enough, or conversely, a sense of false honor for thinking they were part of the right group. 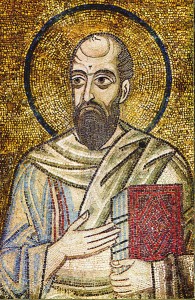 When was the last time you felt shamed or unclean for being a Gentile?  Probably not recently. But such ethnic/group/shame issues appear throughout Romans.

Here was the problem in Rome: the various ethnic groups (Jews, Romans, Gentiles) claimed honor based on their cultural status, and rejected others as shameful and unclean people.  The Jews were especially inclined towards ethnocentrism (‘our group is better than yours’) because God’s gift of Torah apparently set them above apart from the nations. Obviously, such cultural exceptionalism runs counter to the gospel of worldwide blessing. So Paul wrote Romans to help them understand who is saved, who Abraham’s children are (Rom 4), who God’s family is (Rom 8), and who Israel is (Rom 9-11).

It doesn’t matter which social mechanisms of shame and exclusion you fall victim to, if you are in Christ you are eternally honored and accepted as one of God’s people.  At the cross all the boundaries were redrawn.  The honor derived from adoption into a prestigious group (in this case, God’s) is cherished by people of honor-shame cultures. The honorable status as a member of God’s group, overcoming the shame of any cultural identity, is the good news.

The question, ‘Who are the descendants of Abraham?’ is significant because God promised that Abraham’s descendants would become an honored people (great nation, blessed, great name, divine protection, benefactor of blessing, cf. Gen. 12:1-3). Romans 4 redefines descent from Abraham as being by faith, not ethnicity.  Through Abraham-like faith in the Creator, people of all groups can obtain the honorable heritage of Abraham. “There is no longer Jew or Greek, there is no longer slave or free, there is no longer male and female; for all of you are one in Christ Jesus. And if you belong to Christ, then you are Abraham’s offspring, heirs according to the promise” Gal. 3:28. The fullest explanation of God’s redefined, new-covenant people is Romans 9-11.  Who is Israel?  In 9:22, Paul explains that God’s actions before Christ were pre-planned for the purpose of bringing the “riches of his honor” to the Gentiles.    God’s beloved people are predestined “for glory” (Rom. 9:22-26).  Believers in Christ are “grafted into the olive tree” planted long ago by God (11:17-24).  Salvific inclusion into this shame-free community is through faith, not participation in ethnic Israel by observing the Torah.

God is working in history to create his own family of honored members from the entire world.   This  grace – God’s acceptance of the shamed –trivializes all false claims to honor, whether based on Jewish Torah observance, Roman imperial power, or Greek wisdom.  Only through Christ’s shameful death for the shameful can we be integrated into God’s community and bear eternal honor.  Amen! Paul certainly does explain “How are we saved?”  (A: ‘through faith in Jesus Messiah’), but that soteriological question is a part of the broader ethnic, group-oriented, ecclesiastical, Jew-Gentile, honor-shame question of “Who is saved?” So perhaps the message of God’s love for honor-shame cultures would be:  “No matter who you are, God loves you.  There is no one we can be that causes God to love us any more or less.”

4 comments on “The Gospel in Romans – WHO, not WHAT”