Shame and Guilt in Racial Reconciliation

The post is adapted from chapter #3 of  The Bridge to Racial Unity: Discussion Guide 2.0 from Be the Bridge ministries.

A personal awareness of racism and racial injustice can generate uncomfortable feelings of shame and guilt. In America’s individualistic and therapeutic culture, shame and guilt tend to be regarded with suspicion—or as tools for controlling others. Viewed this way, they can hinder the process of relational restoration. In the Bible, however, shame and guilt have redemptive potential. But our ability to appreciate such redemption requires a closer look at how culture shapes our responses to shame and guilt. 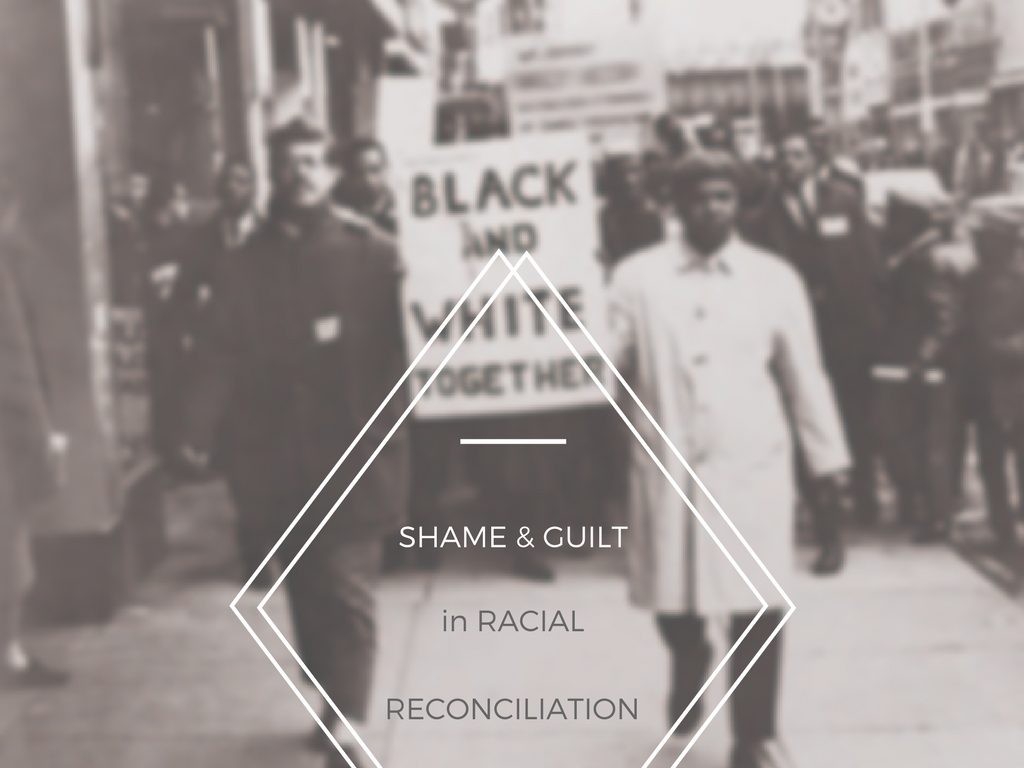 Western morality is based on individual guilt and innocence (for instance, a person who obeys the law is “good,” but one who breaks the law is “bad” and deserves to be punished). It reflects the assumption that the individual is the primary unit and source of identity, accountability, and status. For this reason, people from individualistic cultures struggle to grasp the concept of collective shame, or a morality based on communal honor. This is where individuals share responsibility in the preservation of a community’s integrity and reputation.

Communal honor exists somewhat in American culture. If your toddler pushes a kid at the park, for example, you apologize on his or her behalf. If a father makes a scene at a high-school football game in front of his daughter and her peers, she feels embarrassed. In general, however, when communal shame is aroused beyond the level of familial association, which frequently happens in conversations about racial inequality, it is rapidly countered with proclamations of individual innocence—“I didn’t do anything wrong! I’m not a racist!” The following story illustrates cultural differences in the way people handle collective shame and guilt.

In January 2017, Sam Okyere, a Ghanaian television personality living in South Korea, shared his experiences of racism in the country on the Korean talk show As You Say. One of the co-hosts responded, “I’m embarrassed.” The cohost next to him said, “I feel so sorry.” The third chimed in, “I am sorry.” The immediate response of the three Korean co-hosts was empathy and apology rather than condemnation of the specific people who had mistreated Sam. Their responses reflected an ethic based on communal honor: as a country, South Korea had failed to exercise appropriate hospitality to Sam, and Koreans collectively bore that dishonor. Given a similar situation, Americans would not likely feel dishonored as Americans due to their perceptions of individual guilt or innocence (thinking, “Those people were guilty of racism, but their behavior doesn’t reflect poorly on me”).

Ancient Hebrew culture as recorded in the Bible contains themes of communal shame and honor that are similar to those in Korean culture. In several places, we see Israel’s righteous leaders sharing the collective shame and even guilt of the people. Ezra, personally innocent of the sins committed by the people, prays,

“O my God, I am utterly ashamed; I blush to lift up my face to you. For our sins are piled higher than our heads, and our guilt has reached to the heavens” (Ezra 9:6, emphasis added). Daniel likewise confesses, “O Lord, we and our kings, princes, and ancestors [even deceased ancestors!] are covered with shame because we have sinned against you” (Daniel 9:8, emphasis added).

Although communal shame brings great distress here, it’s part of a redemptive arc. For both Ezra and Daniel, shame is not associated with fear of punishment or the need to establish personal innocence; it is about recognizing the opportunity to initiate communal restoration. As members of a group, they assume the responsibility of confessing and seeking reconciliation on behalf of the entire group. The possibility of communal restoration through communal identity and repentance increases the ways we can achieve justice and restore peace between estranged ethnic groups.

Prejudice and discrimination against people of other tongues, tribes, and nations are sins as old as humanity, and they require the same process of transformation as any other sin. Let’s examine our hearts together.

“Father, I have experienced the shame of being different, unwelcomed, and “less than” as a person of color. At the same time, I acknowledge the guilt and shame that I have carried both for myself and as a member of Your church for how we have failed in pursuing reconciliation through our acts of commission or omission. This mix of shame and guilt both as one who has been a recipient and perpetrator of prejudice and racism has incapacitated me at times. I need Your healing to cleanse me from my shame and guilt. Please make me into the reconciler You intend me to be in the world. Amen.”—Karen Yang