Sandra Freeman has served with her husband in Botswana since 2001 doing discipleship and business mentoring.

How is honor-shame manifested in Botswana? 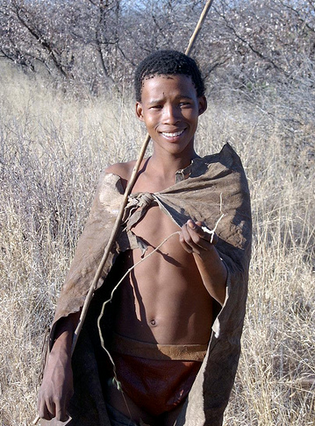 Honor and shame are all over, but here are three simple examples.

What are the key words for honor-shame?

Ditlong is the widely used word for “shame.” The phrase “o re tlhabisa ditlong” (“you are shaming us”) is often heard in Setswana, but rarely in English. (In the capital people commonly use both languages.) Interestingly, the verb tlhabisa (almost always accompanying ditlong in referring to shame) is the same word used for pierce, stab, and slaughter an animal. This is interesting considering Scripture tells us that Christ was “pierced” for our iniquities as the lamb that was slain (cf Isa 53:3-4). There is a cultural saying that when a baboon encounters a human, it looks down (supposedly). It cannot look into the face of a human because it recognises that a human is higher than it. So, the concept of ‘face’ is very much present within the context of shame. Botho (roughly, “dignity”) is kind of the unwritten motto of Botswana, held up as the highest and most noble goal for anyone to have and maintain. It is a sense of dignity born out of an understanding of what it means to be truly human living as part of a wider community and exhibiting noble character. It emphasises a person is really human because of who they are in relation to others, and fulfilling social expectations of one’s role. Other Southern Africa languages and tribes have similar words (i.e., the Zulu word ubuntu).

What were the results of The Culture Test?

A director (a local citizen, though of British background) of a large company needed to lay an employee off. It was not a happy situation, as the employee was very angry. So as business mentors we explained some of the dynamics and suggested a different approach that offered a severance package that was financially less but through which the employee retained face and dignity. The director didn’t think it would be accepted because from his perspective no one would accept a package that was less money. He was very pleasantly surprised when the package was accepted with gratitude and they parted ways with no animosity.

How has honor-shame affected your ministry?

Coming to understand more of the honour-shame dynamic has reduced frustration significantly. We came to realise that it wasn’t that the folk around us ‘just didn’t get it’, but we ‘didn’t get it’. It has given us insight into the reason behind why life happens here the way it does and has brought fresh joy and excitement in ministry It has enabled us to approach the way we explain the gospel and living as a follower of Christ. We use different terminology/vocabulary, different ways to illustrate truth, and have developed different priorities of what should be addressed in regard to the cost of becoming a Christian and what it means to follow Christ.

Advice for a newcomer to Botswana?

With consideration of The Culture Test results that matches our own experience, if you explain the gospel using a guilt emphasis you will only impact a small portion of a person’s thinking. If you explain the gospel using the fear emphasis as you have been told Africa has, you may have a slightly greater impact, but you still won’t touch the majority of a person’s thinking. You need to realise that Africa is primarily a honour-shame culture with a collective community dynamic. This emphasises honouring interpersonal relationships with other people above anything else. As you realise this, life and ministry will be far less frustrating, more joy-filled, and more impacting for those you want to reach with the truth of God’s Word in Christ, as you interpret situations and undertake evangelism and discipleship through the lens of honour-shame.