5 Reasons the West is Becoming More Shame Based 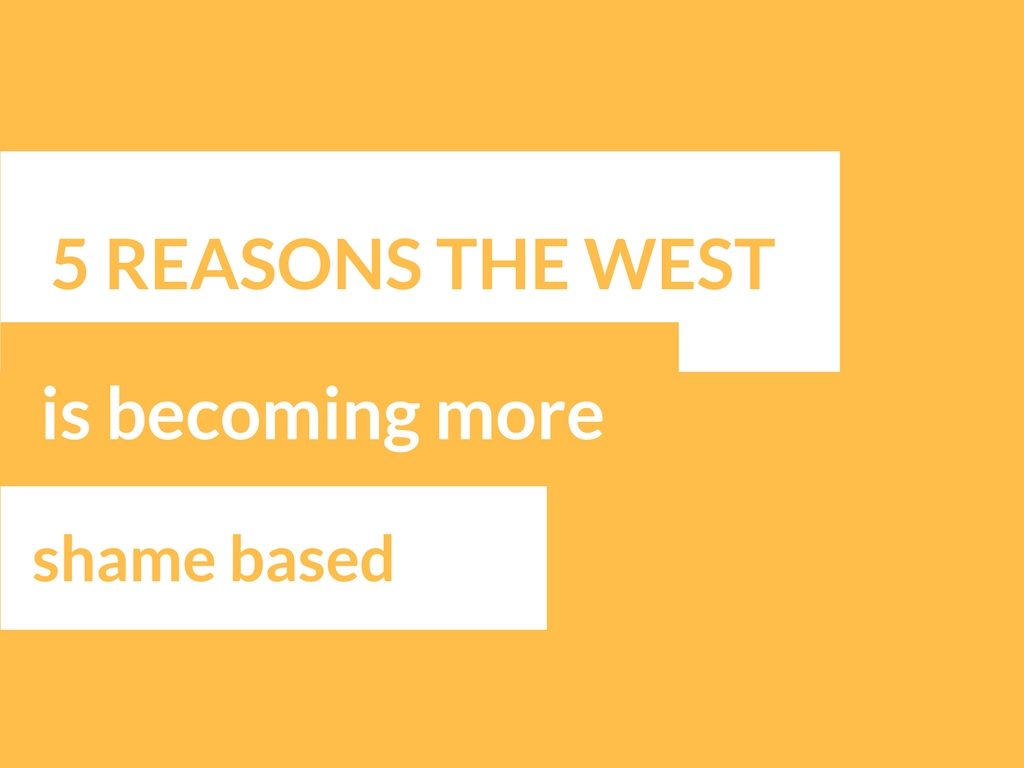 Public confidence in the American justice system and law enforcement has been undermined by recent attention on videos of police brutality and documentaries like O.J.: Made in America or 13th. This attention leads to guilt by association—all notions of law, including biblical commandments, are viewed with suspicion and relativized.

More recently, the lesbian, bisexual, gay, transgender (LBGT) community has used shame to spur political and social change. The pride movement has labeled acts of intolerance as shameful. People who do not accept the sexual orientation of others are denounced as “bigots” and “homophobes.” With many Americans in favor of LBGT rights, people increasingly experience a greater sense of shame (both personally and publicly) for such “intolerance” and “exclusion.”

These five realities have introduced shame into American culture, for both good and bad. These contribute to the general shift away from guilt and toward shame in Western morality.

What Will the Future Hold?

I suspect these factors–multiculturalism, postmodernism, civil/human rights movements, identity politics, and social media–will only become more prominent in Western culture. If that hypothesis proves true, the need for explaining the gospel as release from shame (both objective and subjective) will become more missiologically strategic for ministry in the West.

What do you think—why is the West become more shame-prone?