As Christmas approaches, Christians recount a peculiar birth story filled with strange genealogies, distant travels, and supernatural events. God has come, but not quite as expected. How should we read these culturally foreign birth stories?

When you hear, “Once upon a time in a land far, far away…” your brain is clued to expect a certain type of story, because our culture shares common symbols and patterns for story telling. In a similar way, the Gospels utilize established rhetorical conventions to communicate the significance of Jesus’ birth. A key point of the birth narratives is to introduce Jesus as God’s specially-anointed and uniquely-honored representative (i.e., God’s Son, messiah). And the evangelists highlighted Jesus’ honor in a way that made sense to original readers. 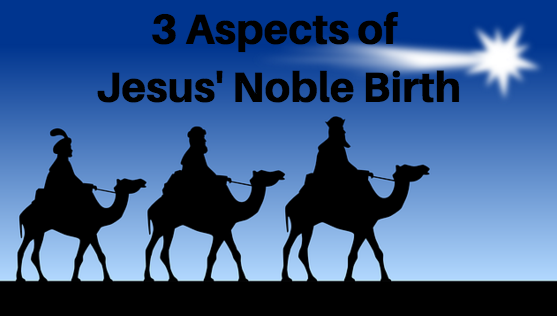 The events of one’s birth is probably the single most important factor in determining one’s status, as honor is primarily derived from one’s birth community. In honor-shame cultures, the uncontrollable circumstances of family, name, gender, birth order, and even geography significantly shape a person’s honor and identity for life. As was customary in ancient biographical literature, the gospel narratives begin with highly praiseworthy birth narratives of Jesus (cf. Neyrey, H&S in Matthew).

Family of origin is the primary source of status. People are not free-floating entities to be taken on their own merits, but imbedded parts of a family with the reputation of their ancestors. “Genetic consistency” means the reputation of the family creates an expectation of what the progeny will be like. For this reason, genealogies (both ancient and modern, biblical and non-biblical) are claims to honor. And Jesus, with prestigious ancestors and a noble lineage, has a rightful claim to great honor.

The Gospel of Matthew opens – “The book of the genealogy of Jesus Christ, the son of David, the son of Abraham. Abraham was the father of Isaac, and Isaac the father of Jacob, and Jacob the father of Judah and his brothers.” Matthew 1:1-2 affirms Jesus’ descent from Israel’s most honorable founding fathers, and it legitimates Jesus’ as Israel’s rightful Messiah who was a descendant of David. Jesus’ immediate father, Joseph was an honorable descendant of David (Luke 1:27) and righteous in his public dealings (Matt 1:19), obedient to heavenly commands (Matt 1:24; 2:13-14), and observant of Torah (Luke 2:27). His mother Mary also found favor with God. But Jesus’ most honorable ancestor is God himself. He is called “the Son of God” (Lk 1:35), and Luke traces his lineage all the way back through Adam to God himself (Lk 3:38).

In his life, Jesus lives up to (and surpasses) the honor of his noble ancestors. Son of Joseph, son of David, son of Abraham, son of God—only Jesus enjoys this exalted ascribed honor.

Jesus’ honor is also portrayed through the supernatural circumstances surrounding his birth—such as angelic dreams, celestial phenomena, and prophecies of greatness. These divinely orchestrated circumstances testify to his great worth and status.

The geography of one’s origin was also an important source of personal honor. The cities closely related to Jesus’ birth (Jerusalem, Bethlehem, and Nazareth) are significantly honorable cities that confer prestige upon the newborn child. Jerusalem enjoyed the honor of being home to Israel’s kings and the nation’s great temple. Bethlehem by no means lacked honor (Matt 2:6) because it was the great David’s birthplace and divinely selected to host the Mesiah’s birth (Micah 5:2). And Nazareth, though having a poor reputation (John 1:46; 7:52) in invested with prominence through Matthew’s midrashic geography (Matt 2:23).

In traditional societies, how one is born determines how one will live. A person’s birth is supremely important. For this reason, the evangelists leverage cultural symbols in their birth narratives to indicate the cataclysmic, earth-altering salvation this child would enact. This honorable Jesus was a horn of salvation raised up by God to redeem his people and save them from enemies, to remember the covenant and establish the promises of God, to exalt the lowly and shame the proud. As we read and teach the stories of Jesus’ birth this Christmas season, let’s introduce Jesus as God’s exalted son, the glorious king who saves and restores!