Uncovering the Power of Shame

Guest Samuel Albert is Editor in Chief of www.ChristianMusicAndHymns.com. 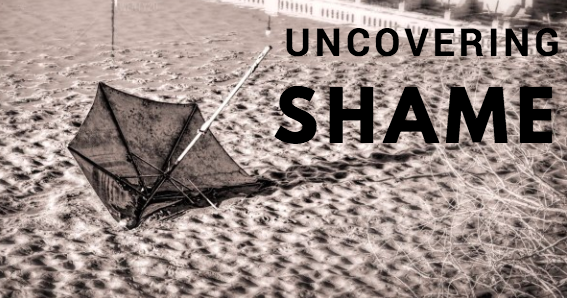 The Bible has a whole vocabulary to do with shame, reproach and disgrace. There are over 10 Hebrew words that translate these words into English, but they have been almost evacuated of meaning. This means that we have to read the texts about shame in the Old Testament carefully, taking account both of their original social context and of our own. The key ideas with regard to shame are disgrace and exposure. Disgrace is the loss of approval, of status and of respect. For example, the ways in which the Nazis treated their concentration camp victims were designed to disgrace them and to deny their humanity. Mockery and ridicule are calculated to demonstrate that the victim is worthless. 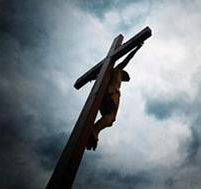 However, shame is also what we feel when we are exposed. Some things were not meant for public display. Smedes argues that privacy is essential to our mystery, sacredness and identity as human beings. Our society, with its obsession with eroticism and its addiction to pornography, has lost its sense of shame just as it has lost its bearings with regard to guilt. The ideas of disgrace and exposure combine in the biblical metaphor for shame, which is the lifting of a woman’s skirts or the cutting of a man’s clothing, especially so as to expose private parts. Such was the utter disgrace that Jesus endured when crucified naked on a Roman cross. He endured the shame of the cross and was honored by God raising Him from the dead and exalting Him.

Today, matters which were regarded by former ages as shameful and to be ‘hushed up’ are now staple fodder for journalists. It is exposure for exposure’s sake, whether or not it is in the public interest and serves the common good. While it is trite to criticise the media for their prurience, if gossip did not sell, it wouldn’t be printed. If Shameless did not attract an audience measured in the millions, it would not have been recommissioned for a third series. Fallen human nature is curious for knowledge of damaging things about other people. This both panders to our desire to know secrets and gives us the luxury of looking down on others who have been caught acting in such reprehensible ways. Christians ought to be conspicuously different in this regard. We should be more discerning about what we read and listen to. We should be prepared to ask the question: what practical business do I have in knowing this about that person? The social elements in shame of disgrace and exposure are the driving force behind ASBOs (Anti-Social Behavior Orders) which are the government’s current weapon of choice in the fight against petty crime. But such orders presuppose the existence of a moral community to which the perpetrators of antisocial behavior are answerable. The very legalism of the mechanism and anti-relational aspects of the criminal justice system militate against their effectiveness.

In a society with a stronger shared morality and better relationships such shameful/dishonorable behavior, particularly among young people, would be dealt with through more informal mechanisms. There would be relational means of positively reinforcing what is honorable and negatively reinforcing what is shameful. The decay of these ‘unofficial’ mechanisms requires less efficient substitutes in the form of increased use of contracts (such as those recently proposed for council tenants), more law, and more police. Shame can be destructive, if it leads to feelings of worthlessness and if it is a stigma which can never be lifted. What is the Christian alternative?

Beyond Shame: Confession, Repentance And Restoration

The Bible teaches that one of the primeval forms of sin is pride. Appeals to honor can disguise pride and self-reliance. Honor can become a means by which human beings seek to establish their identity on the basis of how they are seen through the eyes of others; the Christian knows that their identity is given to them by God. Although Christians are careful and charitable with regard to the honor of others, Christians are able to hold lightly to their own honor because they find their identity, their sense of self-worth, in God. Instead of depending on the approbation of the social groups to which they belong, Christians can be secure in their identity as people deliberately and uniquely created by God and loved by God. Our identity is given to us by God not by the media, nor by the public, nor even by our close personal relationships.