After Jesus died, something strange happened. “The tombs also were opened, and many bodies of the holy ones who had fallen asleep were raised. After his resurrection they came out of the tombs and entered the holy city and appeared to many” (Matt 27:52–53). What is the meaning of such an event? 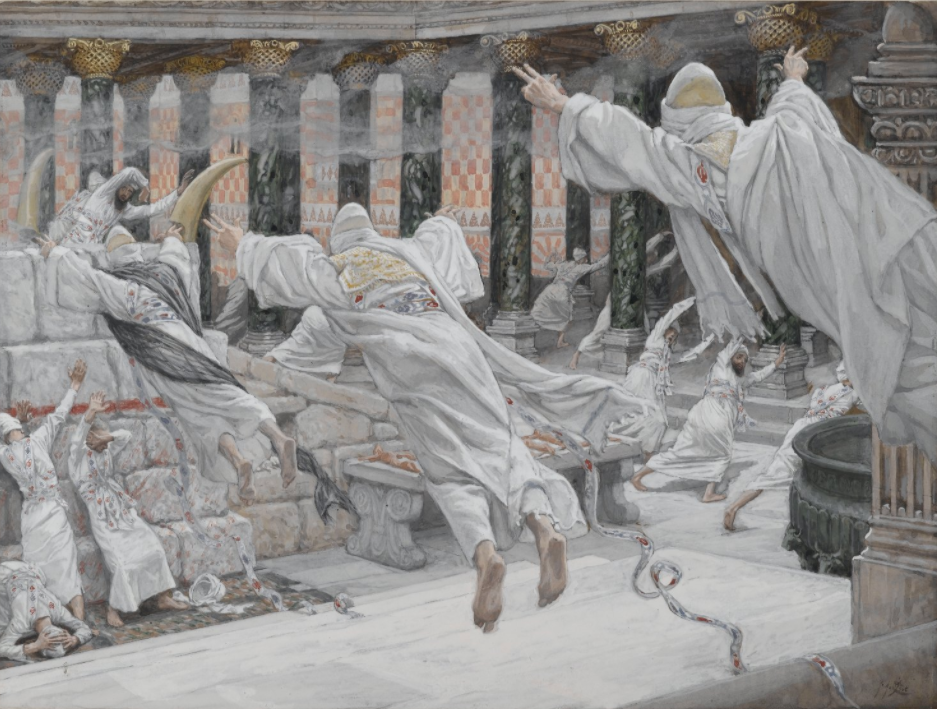 Scholars have pointed to various OT passages (Ezek 37:1–14; Zech 14:4–5; 52:1–2) that anticipate the future resurrection of God’s people. This suggests that Jesus’ death has inacted the end-time resurrection of God’s people and inaugurated the Age to Come. However, comments in Matthew Thiessen’s book Jesus and the Forces of Death (reviewed in an earlier post) unfold the fresh theological significance of this passage.

In the death of Jesus, people who had apparently become irreversibly impure in death were raised and therefore set on the path to purity. Priestly language and concepts run throughout Matthew’s story. The deceased were themselves holy but dwelled in a place of impurity. And Jesus’s death, the moment when the forces of impurity appeared to overwhelm Jesus himself, results in the holy ones undergoing the first step toward purification while in their tombs and then coming out of these places of impurity in order to enter into the holy city of Jerusalem. (p. 110)

What is most shocking about this portrayal is that at the very moment that the forces of impurity seem to have finally beaten Jesus, at the precise instant that Jesus becomes a corpse and presumably a source of corpse contamination, holy power emanates out of him and into the abode of death— tombs—to snatch away bodies who were themselves sources of ritual impurity. Whereas corpses usually emit some miasma of impurity, Jesus’s corpse appears to emit a miasma of holy power that selectively revivifies long-dead saints. This holy discharge is wide-ranging, traveling from Jesus’s corpse at Golgotha to and through Jerusalem. It is also unspeakably powerful, reaching deep into the bowels of death to give life to those who have been long dead. Matthew narrates in dramatic fashion how Jesus’s crucifixion is ultimately a victory over death itself. (p. 111)

The Holy one has entered into death—the realm of abject impurity—and blasted away all such impurities. Jesus obliterated the bonds of death and ritual impurities, allowing creatures to, alas, experience immorality. All such shame disintegrates when confronted with such Honor. The innate glory of Jesus destroys the forces of alienation and disgrace, which we profoundly experience in death.

The text refers to these people as “holy ones” and they entered the “holy city.” Matthew could have just said people and Jerusalem in those places, but he emphasizes the holy nature of both the people and place, at the most unexpected time (crucifixion) and place (graves). He shifts our focus to the purifying power of Jesus’ crucified body.

Until the Middle Ages, this idea of conquest over the forces of death was a primary interpretation of Jesus’ death/resurrection. John Chrysostom, a fourth-century Church Father, summarized the atonement in this way: “And he was nailed to the cross, and tasted death; he who is from the beginning immortal stripped Hades of its spoils, and the proven winner rose from death” (On Ascension).