Honor in the Modern World

The new book Honor in the Modern World: Interdisciplinary Perspectives explores the role of honor in modern societies. This book addresses the important question: How can honor be compatible with liberalism?

Here is the book description: 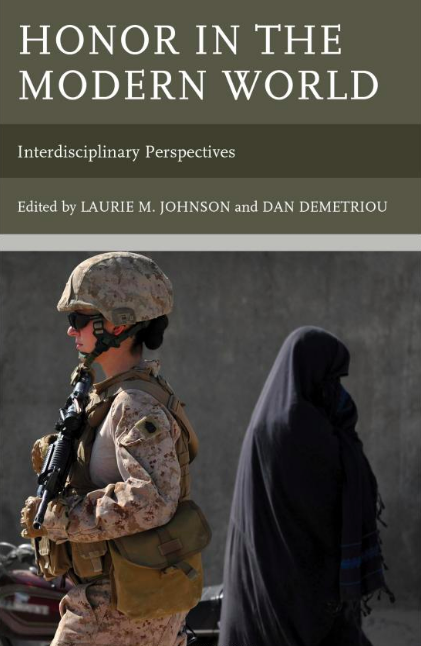 After a century-long hiatus, honor is back. Academics, pundits, and everyday citizens alike are rediscovering the importance of this ancient and powerful human motive. This volume brings together some of the foremost researchers of honor to debate honor’s meaning and its compatibility with liberalism, democracy, and modernity. Contributors—representing philosophy, sociology, political science, history, psychology, leadership studies, and military science—examine honor past to present, from masculine and feminine perspectives, and in North American, European, and African contexts. (View Table of Contents here.)

Honor in the Modern World features presentations from an academic conference and costs $100 (kindle is $80), so is mostly for researcher audiences. Nevertheless, I profile this book to highlight three things:

1. Honor is becoming more prominent in academia. Though interdisciplinary conversations take time to develop, I believe Christian practitioners can greatly benefit from ongoing research in the sciences. Our understanding of honor and shame should not be limited to the insights of social anthropologists, but should include sociologists, neurologists, ethicists, political scientists, historians, and more.

2. Conversations need Christian and theological voices. The articles in this volume contained great insights, but felt ungrounded at times. A chapter on the theological basis (perhaps in Abrahamic religions) would have positively enhanced this book. In our liberal and secular society, Christians can contribute to the common good with a cogent and winsome articulation of God-centered honor. This task would not be easy, especially since most of the negative examples of honor and shame come from the realm of religion.

3. The modern world needs honor. The current world order is fractured. The notion of nation-states structures our politics, and global capitalism defines our economic interactions, but those law-oriented systems appear incapable of addressing global issues (e.g., refugees, technology, employment, climate change, etc.). Honor can be positively employed in many areas of our modern world.

Ambivalence about honor, especially among intellectuals, is driven in no small measure by confusion over what honor is supposed to be. Indeed, in English, the word “honor” is not only ambiguous, but contronymic (connoting opposite ideas). (p 1)

[Martin Luther] King and other leaders promulgated the idea that going to jail as a result of protest activity was a badge of honor. … Jail became a badge of honor for civil rights activists because fro them going to jail was proof of “human dignity,” as [Frederick] Douglas had said. (81–82)

Honor is often overlooked in contemporary study of politics, but it is a powerful engine of political agency and potent source of freedom and political reform. It combines a proud sense of what one owes to oneself with high and principled ambition. (82)

One who cares not for moral excellence to begin with will of course want to hide his wickedness beneath a veer of acclaim. By contrast, the truly honorable person’s public persona is an expression of his actual character; he wants other people to recognize the genuine virtues that his life displays. He cares about being viewed favorably, both in terms of his own good, and because he cares about the values his life stands for and their relation to the good of society. (122)

Women, more often than men, marry “up,” meaning that in many honor cultures both the social and economic standing of a family depends upon successfully protecting, controlling, and managing the public perception of its women.