Paul’s Rhetoric of Shame in Philemon, ala John Chrysostom

John Chrysostom preached four homilies on Paul’s letter to Philemon. The fourth-century bishop of Constantinople was trained in Greek rhetoric, so he discusses the various ways that Paul uses honor and shame to influence Philemon. The words “honor” and “shame” each appear twenty-two times in the four homilies. 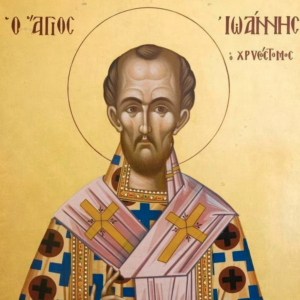 Chrysostom’s fourth-century homilies reveal how the early Church read and interpreted Paul. We can see the letter through different eyes. Also, we can better understand how Paul uses shame for his ministry purposes. For Paul, the rhetoric of shame (and honor) was not taboo or manipulative; rather, it was acceptable for purposes of discipleship and ministry. This post summarizes Chrysostom’s interpretation of Paul’s letter to Philemon.

The Rhetoric of Shame

Chrysostom’s homilies read like a rhetorical analysis of Paul’s epistle. He often draws the readers to Paul’s stealthy rhetoric. For example, Chrysostom makes this comment about Paul’s introductory greeting: “Observe therefore how prudently he has found a way by his manner of mentioning them, both to honor them by his mention of them, and not to wound him.” As a student of ancient rhetoric, Chrysostom notices Paul’s repeated use of shame and honor to influence Philemon. At one point, he explains, “Strange! how many things are here to shame him into compliance.”

Paul’s identification as a “prisoner of Christ” (v. 1) has a particular rhetorical strategy. If a prisoner like Paul can be Philemon’s honored friend, then so can a slave (Onesimus). The apostle deliberately minimizes his own status: “For if a chain for Christ’s sake is not a shame but a boast, much more is slavery not to be considered a reproach. … Nothing is greater than this boast, to be called ‘the stigmatized’ of Christ.” Paul refers to his imprisonment several times: “the chains are mentioned to shame [Philemon] into compliance.” Paul also identifies Epaphras (the minister who started the Colossian church, cf. Col 1:7; Phil 23) as a “fellow-prisoner.” According to Chrysostom, Philemon would be put to shame if he did not grant Paul’s favor while the apostle and his countryman Epaphras languished in prison.

In verse 7 Paul notes Philemon’s generosity towards other saints, as a way of inducing another favor towards Onesimus. “Nothing so shames us into giving, as to bring forward the kindnesses bestowed on others, and particularly when a man is more entitled to respect than they.”

Likewise, Paul’s offer to pay Onesimus’ debt (v. 18) “would both shame Philemon into compliance, and bring Onesimus out of trouble.”

And why does Paul extend greetings from other people (v. 24)? Once again, to shame Philemon into compliance! “And from these indeed [Paul] salutes [Philemon], urging him the more to obedience, and calls them his fellow-laborers, and in this way shames him into granting the request.” Before Paul makes a request, he bestows “a much greater one of his own.” First he gives a favor, then requests a favor.

Chrysostom also notes several ways that Paul uses honor throughout the letter to motivate Philemon to welcome Onesimus. Paul presents his request with tact and praise. “He does not immediately at the commencement ask the favor, but having first admired the man, and having praised him for his good actions, and having shown no small proof of his love.” Philemon is esteemed as a noble person.

Paul also honors Onesimus, so as to make him worthy of Onesimus’ welcome. Paul claims Onesimus as his child “so that on this account also he was worthy to obtain much honor” from Philemon. The logic runs, “But if [Onesimus] is my brother, you [Philemon] also will not be ashamed of him.” And so, Paul instructs Philemon to receive Onesimus because “he is worthy not only of pardon, but of honor. Why? Because he is become the son of Paul.” Paul “has at length brought him honorably before his master,” and presents Onesimus, “no longer a slave, but more honorable than a slave.”

In addition to the rhetorical analysis, Chrysostom offers ethical and theological instruction in the final part of each homily. Here, too, he broaches honor and shame.

Speaking to Christian slave-owners in his congregation, Chrysostom exhorts them to not be ashamed of their Christian servants. As an example, Chrysostom presents our Master in heaven, who was not ashamed to call us servants his own siblings. May we masters, he says, “not from their servitude be ashamed to make them partakers with us in all things when they are good. For if Paul was not ashamed to call one ‘his son, his own bowels, his brother, his beloved,’ surely we ought not to be ashamed. And why do I say Paul? The Master of Paul is not ashamed to call our servants His own brethren; and are we ashamed? See how He honors us; He calls our servants His own brethren, friends, and fellow-heirs. See to what He has descended!” And later, “And this is the glory of a Master, not to be ashamed to confess them before all.”

Sermon two concludes with a warning against false-humility and vainglory. Humility can puff up “when it is practiced to gain favor of men, and not of God, that we may be praised and be high-minded.” After discussing several biblical examples of true humility, Chrysostom counsels believers, “When it enters into thy thought to admire thyself because thou art humble, consider thy Master, to what He descended, and thou wilt no longer admire thyself, nor praise thyself, but wilt deride thyself as having done nothing. Consider thyself altogether to be a debtor.”

Like other historical theologians, Chrysostom views sin as insulting and despising God. At the end of sermon one has an extended explanation. “[H]e who has offended a greater magistrate offends in a higher degree, and he who offends an inferior one in a lower degree; but he who insults the king offends much more.” Then he provides a practical example of how we dishonor God: “For consider, he that commits adultery knows that God sees him, yet he disregards Him; but if a man see him, he restrains his lust. Does not such a one not only honor men above God, not only insult God, but, which is even much more dreadful, whilst he fears them, despise Him?” Likewise, a thief “does not regard Him, nor stand in awe of Him, nor honor Him.” To convict the listener of sin, Chrysostom plainly asks, “Do you see then that we honor men more than God?” And then later, “For if by honoring men even equally with God, we insult God, how much more, when we honor men above Him?” Chrysostom’s main point is that we fail to honor God, as so are debtors.

Posted in Bible Tagged with: philemon