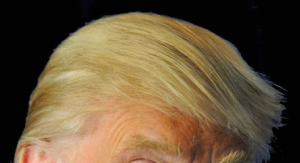 Honor is essentially status or respect in a community. Such honor comes about in two ways—inclusion and exaltation. The campaign of Donald Trump and gospel of Jesus Christ offer both aspects of honor to people.

Inclusion. The first phase of honor is being accepted into the community. Inclusion is entrance into the group. Outsiders become insiders; orphans become children; enemies become friends. People with no relationship come into fellowship with others. This type of honor involves a horizontal shift.

Exaltation. Within an honor-group, special status is given to the most prominent members. People acquire honor by moving up the social rungs. Exaltation is elevation within the group. Beggars become princes. Commoners become priests. Children become elders. People move up the social hierarchy and gain precedence over others.

The Honor of Jesus

Inclusion: The social world of ancient Israel drew a sharp line between Jewish “insiders” and Gentile “outsiders.” But Jesus redefines the basis of inclusion into God’s family. Entrance into God’s community is not based on ethnicity, but association with Jesus. Those who trust in Jesus become the children of Abraham without being physical descendants in the flesh (Gal 3:7-15). God brings those outsiders into his special group—“Those who were not my people I will call ‘my people’ ” (Rom 9:25, cf. Eph 2:11-20). Such group inclusion is a vital aspect of the gospel and bestows great honor.

Exaltation: As in most hierarchical societies, ancient Jewish culture was highly stratified. People with physical disorders were at the bottom; priests and royalty enjoyed the highest echelons of honor; and everyone between tried to fight their way up the pecking order. But Jesus came and offered a new way to exaltation—namely, humility and service. “But whoever wishes to be great among you must be your servant, and whoever wishes to be first among you must be your slave” (Mt 20:26-27; cf. Mt 19:30). Jesus himself pioneered this path to glory when he was “lifted up” on the cross (John 3:14; 12:32). Christians are “seated above” (Col 3:1) and “raised in glory” (1 Cor 15:43) as we are resurrected to life with Jesus. Such exaltation is a key element of salvation and confers great honor.

The Honor of Trump

Inclusion: Global migration erases the basic “us/them” distinction and blurs our social boundaries. “Outsiders” threaten bygone social identities (and privilege). So to preserve our group status, outsiders must be removed. In this mindset, excluding “them” enhances “our” reputation. Removing “them” cleanses and purifies the community of honor. Immigration restrictions and concrete walls are symbolic images of community preservation. They provide a clear line of separation between “insiders” and “outsiders.” Excluding “them” is another way of including “us.”

Exaltation: Global capitalism has pushed down America’s working class by limiting their purchasing power, so they are seeking a way back up. Middle class America is being pushed down as the financial elites control more resources. Trumpesque populism plays off the angst of this social diminishment by promising to restore people to their old status. Populism and nationalism thrive by promising success and victory—exaltation.

Trump promises Americans the honor by kicking “them” out and restoring our exceptional status. Although Trump “thinks likes Jesus,” he actually says the opposite of Jesus. The end goal may be the same, but the means are antithetical.

Messianic fervor lives long and dies slowly. Everyone is looking a leader to remove disgrace and make us great. The real Messiah came along and called us to renounce those agendas in favor of God’s program for honor—a cross.