In terms of honor and shame, how does Christ’s death atone for sin? This question got answered 1,000 years ago by Anselm, a Benedictine monk and archbishop of Canterbury who developed the “satisfaction” atonement theory. 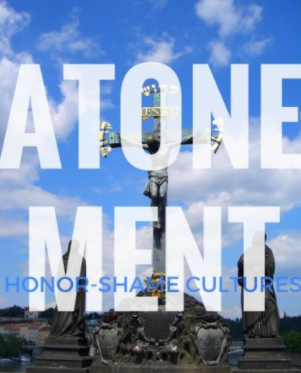 Anselm’s work Cur Deus Homo employs Scholastic rationalism to explain the atonement for the honor-shame context of medieval Europe. Anselm’s social context sheds light on his theology of the cross.

“The social history of Anselm was characterized by feudalism, with the landowner, or “lord,” living in peace with his vassals (or serfs) at the intersection of a carefully managed series of reciprocal obligations. The lord provided capital and protection; the serf provided honor, loyalty, and tribute. The stability of this social world rested on slavish fidelity and allegiance. In this context, Anselm’s understanding of the atonement reads as a kind of allegory, with the lord as the Lord and the serfs as the human family. “Satisfaction” for us, in our criminal-justice system, has to do with the apprehension and punishment of the guilty, while for Anselm and his contemporaries, satisfaction hinged on the fulfillment of certain obligations related to loyalty and honor. (Baker and Green, Recovering the Scandal of the Cross, p. 22)

The remainder of this post summarizes Anselm’s honor-shame atonement theory.

For Anselm, the natural debt “which angels and men owe to God” is to “be subordinate to the will of God” (I:11). “When a rational nature wills what it ought to, it honors God— not because it confers anything on Him but because it willingly submits itself to His will and governance. But when it does not will what it ought, then it dishonors God from its own point of view” (I:15). Man honors God when he “keeps his proper place” by obeying (I:15).

Man owes glory and honor to God, but fails in this obligation. “Whoever does not pay to God this honor due Him, dishonors Him and removes from Him what belongs to Him; and this removal, or this dishonoring, constitutes a sin” (I:11).

Sin creates this problem for man—“Everyone who sins is obliged to repay to God the honor which he has stolen” (I:11). Honor repayment is essential because “nothing ought less to be tolerated in the order of things than that the creature remove the honor owed to the Creator and not repay what he removes” (I:13). To clarify, human sin does not diminish God’s honor. “Nothing can be added to or subtracted from His honor, considered in itself. For His honor is, in itself, incorruptible and altogether immutable. … no one can honor or dishonor God as He is in Himself” (I:15).

The honor debt of our sin must be satisfactorily repaid because “God keeps nothing more justly than the honor of His dignity” (I:13). God is morally just because he rightly demands honor (not because he appeases wrath or punishes as required). God must save because he is “under the necessity of maintaining His honor. Indeed, this necessity is nothing other than the immutability of His honor—an immutability which He has from Himself and not from another” (II:4). God cannot forgive sin “apart from any repayment of the honor stolen from Him” (I:12). God is just and righteous because he requires the restoration of his honor. Justice for Anselm is when God rightly honors.

God can be honored through man in three ways, listed in order of divine preference: one, man perfectly submits to God’s will (the original plan); two, man somehow repays the dishonor caused by sin; or three, the sinner is punished. Though God desires perfect obedience, man is now under Satan’s bondage and incapable of obeying. Consequently, the honor debt of our sin that must be repaid, or “satisfied.”

Man is incapable of repaying his own honor debt because the good deeds or worship we offer to God is what we always owe him anyhow. Those honor payments can not be used to pay off previous honor debts. “If even when I do not sin I owe to God—in order to keep from sinning—myself and whatever I can do, I have nothing with which to make payment [of honor] for my sin” (I:20). For this reason, the coming of Jesus Christ, the God-man (i.e., deus homo) “was necessary for man’s salvation” (I:20). “This debt [of man] was so great that only God was able to pay it, although only a man ought to pay it; and, thus, the same [individual] who was divine was also human” (II:18).

Jesus Christ is a “complete satisfaction for sin” (II:4). For Anselm, this means Jesus’ sacrificial life pays off our debt of honor. “His life is paid to God for the sins of men” (II:18) as a gift that brings honor to God (not as a victim that absorbs wrath). Because Jesus was sinless he could “make payment for what is owed for the sins of the whole world” (II:18). So, he freely “gave Himself over to death for the honor of God” (II:18). Jesus was not required to die because his perfect obedience fulfilled his own duty of honoring God. Therefore, Jesus could voluntarily give to God his very own life as an above-and-beyond honor payment (II:11). “He paid on behalf of sinners that which He did not already owe for Himself” (II:18), namely the honor debt due to our Master. The giving of his own life was the highest honor he could offer to God. “A man cannot at all give himself to God to any greater extent than when he hands himself over to death for the honor of God” (II:11). Jesus’ life was an infinite gift of honoring sacrifice.

God Credits Jesus’ Honor to Us

Most of Cur Deus Homo explains why Jesus must save us (i.e., to repay the honor debt) and why Jesus could save us (i.e., he had extra honor to offer God). Anselm does briefly explain how Jesus’ honor-satisfying life accomplishes our forgiveness and salvation.

Because Jesus freely offered the great gift of his own life to God, the Father is obligated to reciprocate. “[I]t is necessary for the Father to reward the Son. Otherwise, the Father would seem to be either unjust…or powerless” (II:19). But since the Son needs nothing, God bestows the reward/return of Jesus’ gift upon man in the form of forgiveness of sin. Anselm asks rhetorically, “Or whom will [Jesus] more justly make to be heirs of the reward He does not need, and heirs of His overflowing fullness, than His own kinsmen and brethren (whom—bound by such numerous and great debts—He sees languishing with need in the depth of miseries), so that what they owe for their sins may be forgiven them and what they lack on account of their sins may be given to them?” (II:19) Jesus’ sacrificial life generates an excess of infinite honor which overflows into our accounts.

Anselm also sees the death of Christ as an example that inspires us to give our own lives for the honor of God: “it is much more the case that He gave an example, in order that no single human being would hesitate (when reason demands it) to render to God on behalf of himself that which one day he will summarily lose” (II:18; cf. II:19).

Anselm explained the atonement in an honor-shame culture. Though 1,000 years old, his theological ideas continue to offer insights for theology today. The next post will discuss how we might improve upon Anselm’s satisfaction theory.