From where do we get the categories of “guilt,” “shame,” and “fear”? People do not use these terms to classify themselves. Rather, they are outside (etic) terms that researchers have used to describe the primary relational patterns in groups. In The 3D Gospel, I introduce the topic with these words:

Christian missiologists identify three responses to sin in human cultures. Eugene Nida said, “We have to reckon with three different types of reactions to transgressions of religiously sanctioned codes: fear, shame, and guilt” (Customs and Cultures, p. 150). These three moral emotions have become the foundation for three types of culture… (p. 10, 2017) 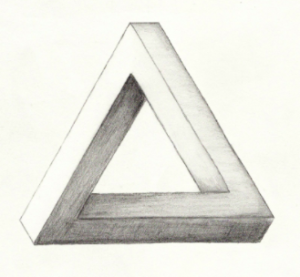 Some recent publications in mission journals have questioned the validity of the guilt-shame-fear cultural model. They imply, and at times argue, that there is no scholarly support for the idea. They note that Nida did not have in mind three “cultural categories,” and then conclude that there is no scholarly support for such categories, so there is no warrant for developing the concepts as I do in The 3D Gospel. But this argument does not work. There has, in fact, been a considerable amount of scholarship in various disciplines that parallels the guilt-shame-fear paradigm.

I agree that Nida did not intend for the three types of moral reactions to classify cultures. His comment was only a passing reference. I did not cite Nida to prove the culture types, but, rather, to (1) introduce the basic idea of different moral values/responses and (2) explain from where the labels originated. Readers have critiqued the jump from Nida’s comment to my explanation of three culture types. The 3D Gospel is introductory, not an academic book, so it does not explain every logical step or cite all of the relevant sources. Therefore, this post identifies five academic disciplines that have proposed various paradigms similar to guilt, shame, and fear.

Western psychologists, emphasizing personal and internal aspects, usually identify “anxiety” as the third emotion along with guilt and shame. For example, the journal article “Anxiety, Guilt and Shame in the Atonement” (Theology Today, 1964) draws from the psychology of religion. The psychological understanding of “anxiety”— feelings of dread over future events—is quite similar to spiritual fear. David Augsburger (Professor of Psychology/Counseling at Fuller Seminary) expounded the categories in several of his publications, including Conflict Mediation Across Cultures (1986). He was a leading Christian psychologist of the late twentieth-century, and clearly identifies the three cultural types. Here is his explanation:

Charles Kraft (Professor Emeritus of Anthropology and Intercultural Communication Fuller Theological Seminary) has an article in Perspectives  titled “The 3 Encounters of Christian Witness.” This article, adapted from his 1991 EMQ article, speaks about ministry approaches in terms of “truth,” “power,” and “allegiance” encounter.

Doug Hayward (Professor Emeritus of Anthropology at Biola University) reaches similar conclusions in “The Evangelization of Animists: Power, Truth or Love Encounter?” IJFM (1997). Though they do not use the language of guilt-shame-fear, the overlap with their categories is remarkable. These articles influenced the final section of The 3D Gospel which outlines some ministry applications and approaches.

Richard Shweder (Professor of Cultural Psychology at the University of Chicago) researches the cross-cultural concepts of self and moral reasoning. In 2003 he co-authored an article “The ‘Big Three’ of Morality (Autonomy, Community, and Divinity) and the ‘Big Three’ Explanations of Suffering.” They analyzed hundreds of interviews from India and noticed three clusters of “moral themes”: autonomy, community, and divinity.

Shweder’s three categories (autonomy, community, and divinity) mirror the explanation of guilt, shame, and fear cultures, though with a slight difference. Shweder’s three “moral discourses” focus on the basis of personhood (whereas guilt/shame/fear focuses on moral emotions). The labels explain how cultures define the value and essence of human beings. The three options are: rights and freedoms, status and connection, or spiritual harmony and sacredness. Then by extension, cultures develop an appropriate moral system to protect and preserve their definition of “truly human.”

Similar to the guilt-shame-fear model, Lewis’ LMR model involves three categories plotted on a triangle. Lewis’ LMR describes communication styles, not cultural values or ethics. Though not academic, this model has been influential in the world of international relations and business.

Scholars in various fields have proposed three-fold cultural models similar to guilt-shame-fear. Yet recent critics of the idea seem unaware of the broader scholarship on the topic. They do not engage or cite the above-mentioned publications. Thus, they leave the impression that the entire concept comes from one sentence in Eugene Nida’s book and my self-published introduction. I, too, would question the idea if that were the case! But it is not.

I am not arguing here that guilt-shame-fear is perfect or faultless paradigm, as though it should not be critiqued, nuanced, or enhanced. Rather, I am noting that the three broad umbrellas has some academic precedent. I appreciate engagement and critique of my publications and the culture model of honor-shame, especially from like-minded believers who are grappling with the theological and missional implications of the concepts. However, such critiques would benefit from knowing the the idea’s intellectual history.

4 Comments on “The Origins of Guilt-Shame-Fear”