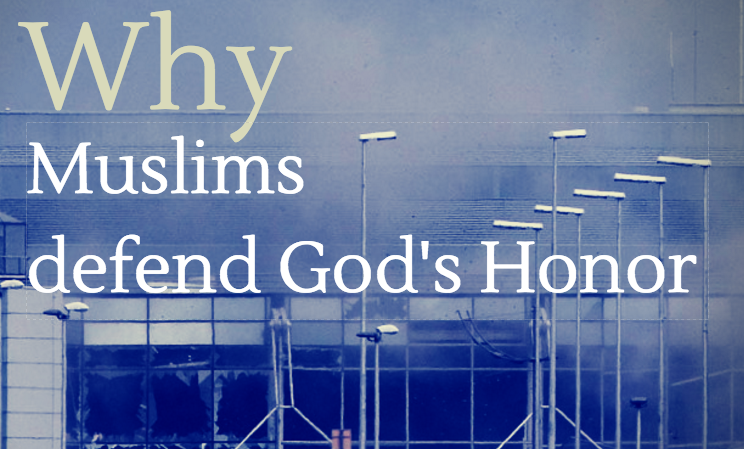 Yet, I have not seen any theological explanation for why Muslims feel they need to defend Muhammad’s honor. Closest to the topic is Dr. Mark Durie who laments that “theological illiteracy” has catastrophic consequences. If Durie observes correctly, then understanding theological differences can help us avoid some bad situations. Why do Muslim’s so passionately defend the honor of Islam, Allah, and the Koran? Christian Trinity and Islamic Tawhid Honor, glory, love, integrity, morality, and truth demand relationships. However, such relational attributes cannot exist within the solitary singularity of divine essence known in Islam as tahwid (Arabic for “oneness”). However, those qualities can exist within a triune God. In Christian theology, the persons of the trinity can infinitely glorify, honor, and love each other with or without anything else in creation ever existing. But if God is a singularity, then no interpersonal relationships exist within God, and gone is a basis for any eternal and infinite substance to honor, glory, love, integrity, morality, and truth. Those relationship-dependent attributes become dependent upon a relationship to creation. If God is a trinity, nothing and no one can embarrass or dishonor him. His honor and glory are an innate part of his infinite essence and depend on nothing other than his Triune self. Only God himself can potentially shame himself, since the trinity has accountability within itself. Nothing in creation can ever change or diminish God’s honor and glory. Creation is finite. When God becomes a man and dies a humiliating death on a cross, he merely underscores how his infinite glory cannot be tainted by anything finite (see John 13:31-32). But, if God is a singularity without internal relationships, then God can do nothing within himself to bring honor (or shame) upon himself. This means God’s honor must come from outside of himself. His honor must come from creation, and that means dishonor can also come from creation. Christians do not violently protest insults of God, his prophet, or his holy books. Because of intra-Trinitarian glorification, Christian theology does not need God’s honor defended. But, Islamic theology compels Muslims to protect God’s glory. Muslims around the world and throughout history are adamant about the glory of the one they worship. “Allah Akhbar,” the Arabic words for “God is Great,” is constantly on their lips; insulting the prophet receives a death penalty in the most orthodox of Muslim countries; defiling a Qur’an instigates outrage in otherwise placid Muslim communities. The Consequence of Theology Theology has profound social consequences from which theological ignorance offers no protection. Social, historical, and cultural factors also have consequences. However, it’s the doctrine of tahwid that undergirds a sociology, history, and culture of defending God, his prophet, and his book. People who think Muslims should not be hypersensitive to insults of Muhammad are minimizing Muslim theology. You can’t change the reaction without changing the character of their God. Comparing these social consequences of tahwid and trinity could help Muslims to be less allergic to embracing God as a trinity, and may help address Muslims’ offense at the humiliation of Jesus’ death. What are the practical results of tahwid for ministry, intercultural relationships, and public policies?