The Gospel of Honor…according to White, Southern, Antebellum Evangelicals

Robert Elder (PhD, Emory) is Assistant Professor of History at Valparaiso University. His book The Sacred Mirror: Evangelicalism, Honor, and Identity in the Deep South, 1790-1860 (UNC Press, 2016) explores the role of honor-shame among antebellum southern evangelicals. This is adapted from chapter 1.

Historians of the American South often claim that as evangelicals spread their message through the region in the late-18th and early-19th centuries they encountered significant resistance from southerners immersed in a culture of honor. 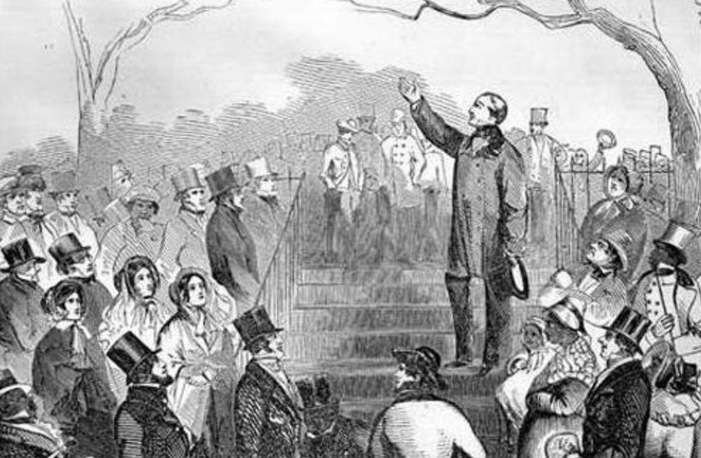 The historical reality was more complex than simple opposition between evangelicalism and southern culture. Instead of jettisoning honor and shame, southern evangelicals tried to redefine them by employing biblical definitions of honor and shame drawn from books like Hebrews, which describes God as the only source of true honor and urges the early Christian community to view the shame or scorn of the world as honor before God (David deSilva has described this aspect of Hebrews and other biblical texts in wonderful detail).

It is clear that preachers in the evangelical movement during this period shared with their audiences the assumption that honor was desirable and shame was to be avoided. To argue otherwise would have been radical, indeed. Instead of rejecting honor and shame, evangelicals sought to redefine the concepts that shaped the traditional social relations of their friends and neighbors, filling old wineskins with new wine. Indeed, it was precisely the fact that evangelicals tried to redefine these concepts, rather than simply rejecting them, that caused much of the friction between evangelicals and their antagonists.

What the evangelical message offered was a novel reformulation of traditional definitions of honor and shame that drew on the language and authority of scripture to elevate those the world disdained. It was a message that sought to reorient its hearers within a new way of seeing the social world they inhabited, placing God not only as the ultimate judge of mankind’s eternal fate, but also the only true source of honor.

Evangelicals argued that God, not man, was the ultimate source and only true judge of both honor and shame. When the world mocked what God required, which in the evangelical view happened quite often, evangelicals encouraged each other to view the scorn of the world as honor before God. Methodists, Baptists, and Presbyterians employed this distinctive approach to honor throughout the first half of the nineteenth century.

Evangelicals were keenly aware of the social pressures of honor and shame, but they tried to convince their audiences that they needed to take the long view. In a sermon titled “The Rock of Fear,” preached sometime around 1800, the Methodist George Dougherty addressed his audience’s fear of shame directly:

“O! say you, I am afraid my acquaintances will laugh at me, how can I endure to look them in the face? Brothers, sisters, and cousins will laugh at me, and call me a Methodist, an enthusiast. But O, my friends, you will not be ashamed by and by.”

In this way early southern evangelicals took a message they found in the Bible, a text shaped by its own origins in an honor culture, and applied it to a southern cultural context in which honor and shame were basic and powerfully influential considerations for the people in their audiences. The results helped to reshape the South into the bastion of evangelicalism it is today.

For more, see this author interview “7 Questions with Robert Elder” at the Religion in American History blog.

One comment on “The Gospel of Honor…according to White, Southern, Antebellum Evangelicals”