HonorShame — 1 Comment ↓
When I teach on honor-shame dynamics in ministry and the Bible, people often comment, “You speak about shame in other cultures, but I think shame is a big issue here in America.”  Westerners seem to feel decreasingly less guilt, and more shame (probably due to (1) post-modernism’s deconstruction of ‘rules’ and (2) the immigration of non-Western culture into America).   Shame is indigenous to humanity; we all experience it.  Shame is not an Asian or Eastern issue; shame is an Adam & Eve issue.  Guilt and innocence may remain primary values in Western institutions, relationships, and theology, but shame plays a definite secondary role in our lives, though it takes a different form than in Majority World cultures.   Western shame is private and personal; Eastern shame is public and corporate.  (Remember, generalizations are always wrong, but usually helpful!!) 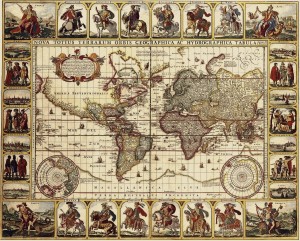 One comment on “The Geography of Shame: East vrs. West”

1 Pings/Trackbacks for "The Geography of Shame: East vrs. West"