HonorShame Posted on February 2, 2015 Posted in Uncategorized No Comments
The last post explained the differences between individualism and collectivism. Here are three fun images on that topic. The first two are from The Far Side by Gary Larson, and portray two people with individualistic inclinations in collectivistic contexts. 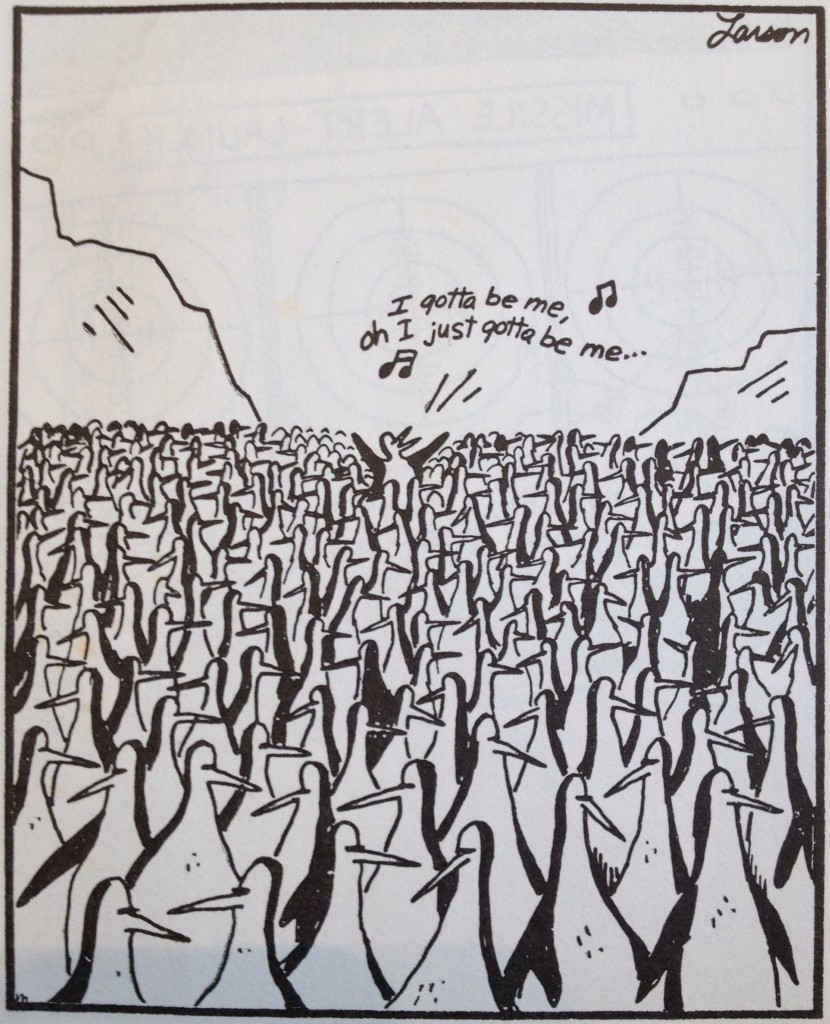 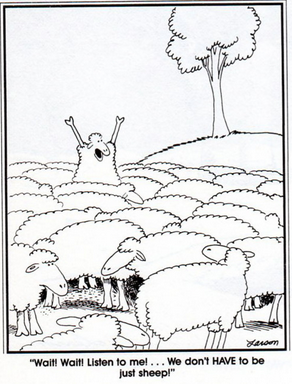 This third image is Google’s new ad campaign for Android–“be together. not the same.” It captures the modern yearning to have the community of collectivistic cultures without losing individuality. This is notable in Google’s three short commercials as well.