Can you see honor and shame!   These news articles & videos reveal honor and shame values, helping you recognize them in ordinary life.  What are the the cultural values in these newspaper articles? How do they compare/contrast to your honor-shame context? **Interview of Boston Bomber’s Uncle, (video) “He put a shame on our family. He put a shame on the entire Chechen ethnicity.” “Raising cruiseliner raises pride for shamed Italy” (Miami Herald, Sept 24 2013)  The sinking of the Italian cruiseliner, especially how the captain jumped ship, was an embarrassed the entire nation. Retrieving the ship has restored Italy’s national pride. Why is the ship that significant? “NY Employs Shame to Combat Teen Pregnancy“ (NY Times, Sept 10, 2013.  Interestingly, they are employing shame as a solution to teenage pregnancy, but perhaps shame is a cause of teenage pregnancy. Shame often begets shame. What role should shame play in public policy and morality? **The Floating Hospital of Hope (CBS News, Feb 18, 2013)   A 3-minute news feature of the ministry Mercy Ships in West Africa, where they heal cataracts and benign tumors that shame people into social exclusion.  There medical help ultimately restores people’s social status, much like Jesus’ healings.   (Full 13-minute version here.) “Therapy for Rape Victims Shows Promise in Congo” (NY Times June 6, 2013)  With 2 million+ rape victims in Congo’s civil war, the therapy guides people to rationally reassess the shame and horror of their past. “Chinese boy etches graffiti into Egyptian treasure, the last straw” (LA Times, May 28, 2013) The young tourists actions set off “soul-searching” in China, but it sounds more like face-saving to me. “Book Review of ‘Many Selves’” (NY Times, April 26, 2013)  A Chinese-American Cornell prof contrasts the autobiographies in the west vrs. east.  Great insights about parenting goals when honor and shame are primary values. “With Bags of Cash, CIA Seeks Influence in Afghanistan,” (NY Times, April 28, 2013)  Patronage is often the primary economic model in honor-shame contexts, and this shows how patronage works at the larger levels.  Interesting to contrast the 2 different ‘cultures’ of the CIA (relationships) and FBI (rules). “Years After Acid Attack, Suicide Stirs Pakistan,” (NY Times, April 9, 2012)  “Acid attacks” (throwing acid on your wife/fiancee’s face to permanently disfigure and disgrace her) are an alternate form of honor killings – attempts to restore a man’s honor and strength after he was disobeyed or betrayed. “Winning Hearts While Flattening Vineyards is Tricky,” (NY Times, March 12, 2011)  As Western forces seize Afghanis land to build development project, one local farmer lamented, ““To lose land, or sell your land, is shameful. This will be remembered by everyone.” “Turkish PM Given Hero’s Welcome,” (BBC, Jan 30, 2009)  After Turkey’s PM publically defies Israeli President in Davos, he is cheered upon his arrival home for defending the nation’s honour. **“Best Weapon Against Honor Killings: Shame,” (Wall Street Journal, Sept 2010)  Letter by Kwame Anthony Appiah (Prof. of Philosophy at Princeton) suggesting how the Pakistani practice of brutalizing women will end only when it becomes cultural dishonorable.  **=most recommended. Please email the link of any such article for posting. 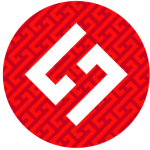