Why Shame is a HUGE Problem

What is your response?  Even though none of the actions were intended as a personal attack on you, you are probably upset and offended.  Your anger arises from a desire to maintain your status and ensure that others respect you.   So you defend the English ministry, yell at the neighbor kids to get off the car, and explain the challenges of cultural transitions to your local acquaintance. 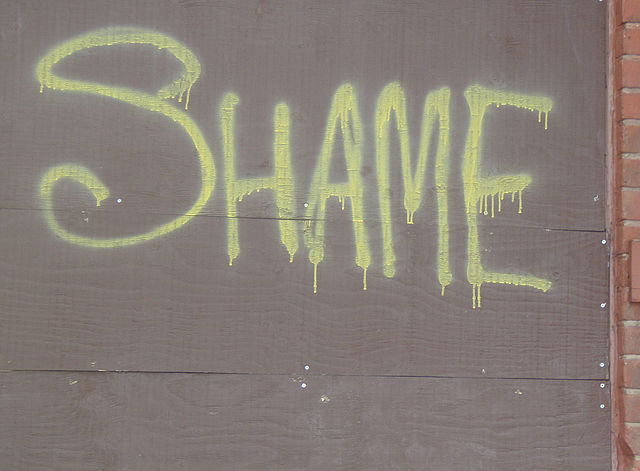 WHY is that our response?  Our reputation and status extends beyond our body, to the things we create.   We feel respected, or disrespected, based on how people value the things associated with us – our work, our possessions, and our family.  In the social world, ‘who we are’ extends beyond our physical presence and personal essence.  An alliance develops whereby a person feels honor bound to defend the worth of associated entities.  Even my 3-year old grew furious when she found her ‘artwork’ (a paper with scribbles) in the trash can. This honor alliance helps explain the nature of shame in divine-human relationships.  People are the work of God’s hands, so devaluing them dishonors God.  Our relationships with people serve as a proxy for our opinion of God himself – whether or not HE is worthy of honor.  Shame causes not only psychological harm or social havoc, but most significantly, divine disgrace.

Shame is a tool of Satan uses to demean, devalue, and dishonor God.  As people shame each other in their quest for face and status, they ultimately deface their Maker – God. When God made us to uniquely represent him, he put his own honorable reputation on the line.  God’s name is ultimately wrapped up in our name.  ‘Corporate solidarity’ is a term that implies the leader’s reputation rests upon the group’s honor.   Shame doesn’t just make us appear less valuable, it makes God seem less valuable.  Shame undermines God’s plan to fill the earth with image-bearers reflecting his glory.  Defacing the creation defaces the Creator. Shame is not merely a personal, psychological emotion of feeling embarrassed.

Shame is an objective, theological reality of God’s honor being diminished, at multiple levels.  The real problem with sin is that it ultimately dishonors God (not just people), and consequently puts us in a position of objective shame in God’s eyes (cf. pp 299-300 in my From Shame to Honor in Romans).  Shame is not just a personal sentiment, but public evaluation of our spiritual dishonor (cf.  Ex 34:15–16; Isa 54:4–6; Jer 2–3; Hos 2, 4–5; Ezek 16, 23).

If human shame ultimately shames God, what are some specific implications?   Here are four I can think of:

One comment on “Why Shame is a HUGE Problem”